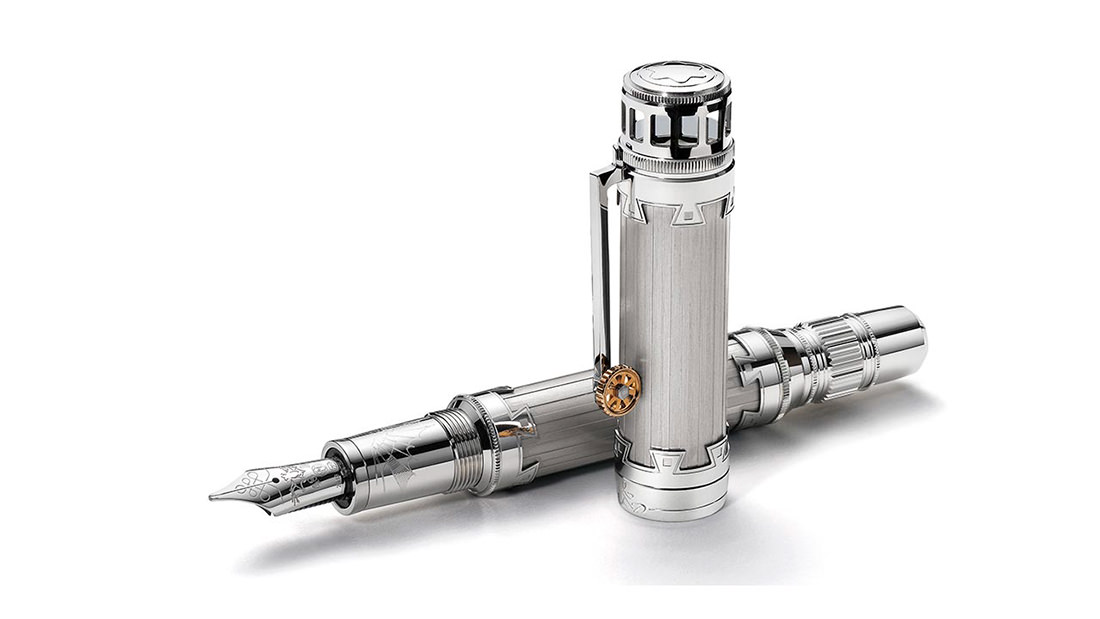 Montblanc celebrates the genius of the greatest artist of the Italian Renaissance with its Great Characters Limited Edition Leonardo da Vinci, a writing instrument inspired by the extraordinary inventions of Leonardo da Vinci. Da Vinci was not just a remarkable painter, sculptor and architect; he was a man of science and a brilliant inventor with a particular interest in the study of flying.

Designed in Montblanc’s Ateliers, the Great Characters Limited Edition Leonardo da Vinci brings to life the inventor’s fascination with the idea of human flight, each detail taken from the numerous studies he produced for each of his elaborate flying devices from parachutes, to hand gliders and helicopters.

The cap and barrel of the writing instrument are crafted from anodized aluminium, a reference to the material now used to build today’s flying machines or aeroplanes. The polished platinum plated fittings are reproductions of da Vinci’s studies for wedge connections used to assemble two different materials in his constructions.

The shape on the cone of the Montblanc Great Characters Limited Edition Leonardo da Vinci writing instrument refers to the double movement transmission conceptualized by da Vinci over 500 years ago, now widely used in automotive engineering as “continuously variable transmission”.

The red gold plated gear at the end of the clip is reminiscent of the many cogwheels the Italian master used in his designs. Handcrafted in solid 750 gold and rhodium plated, the nib is engraved with one of da Vinci’s famous drawings of a bat whose wings he studied to develop his flying machine, while the forefront of the pen is etched with his own sketch of a mechanical wing.

The Montblanc emblem in precious resin is concealed within the cap and its reflection can be seen in a mirror placed inside the cap top. This is a subtle reference to Leonardo da Vinciʼs practice of mirror writing. The Montblanc Great Characters Limited Edition Leonardo da Vinci consists of 3000 fountain pens and 3000 roller ball pens. 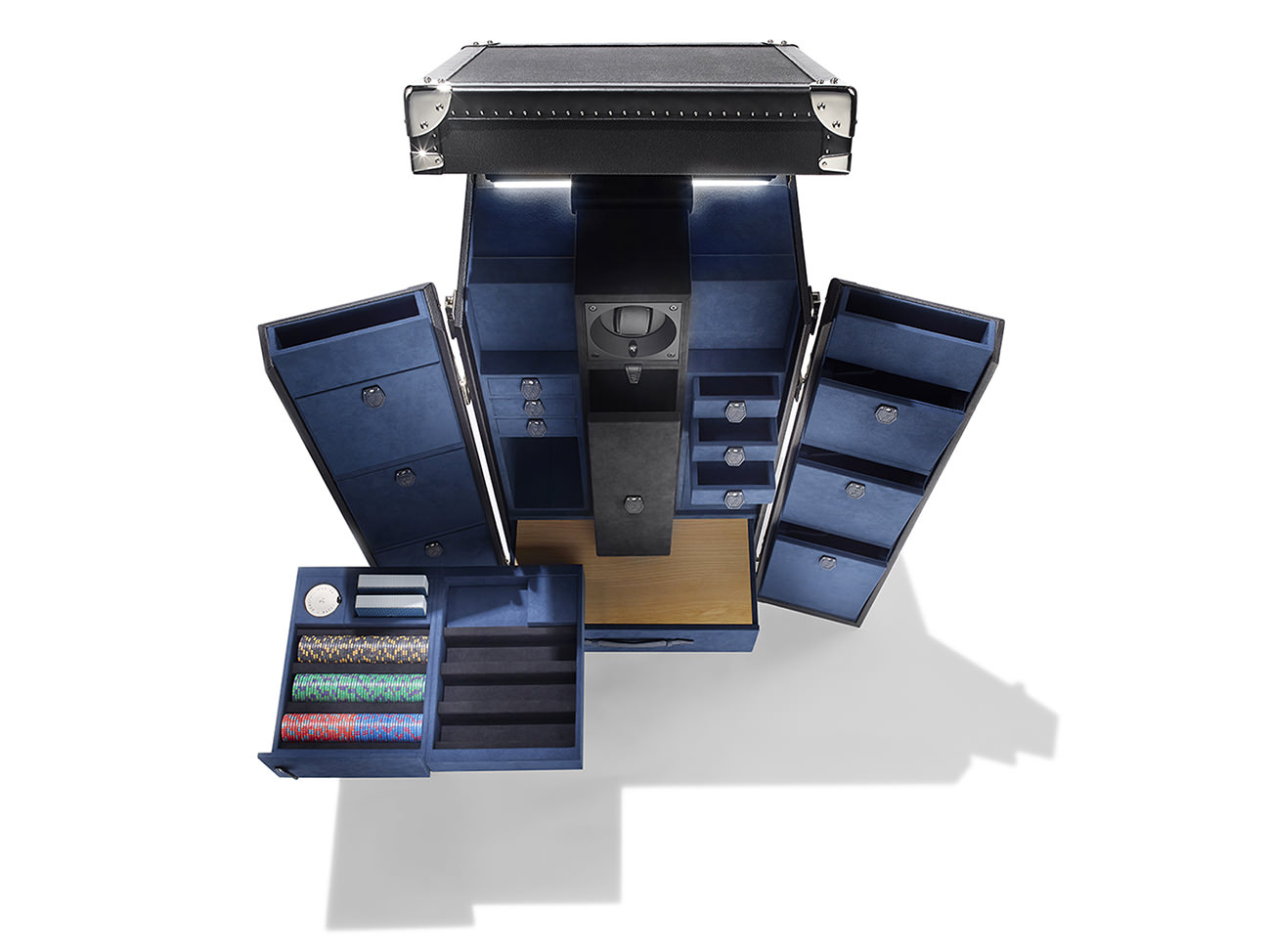 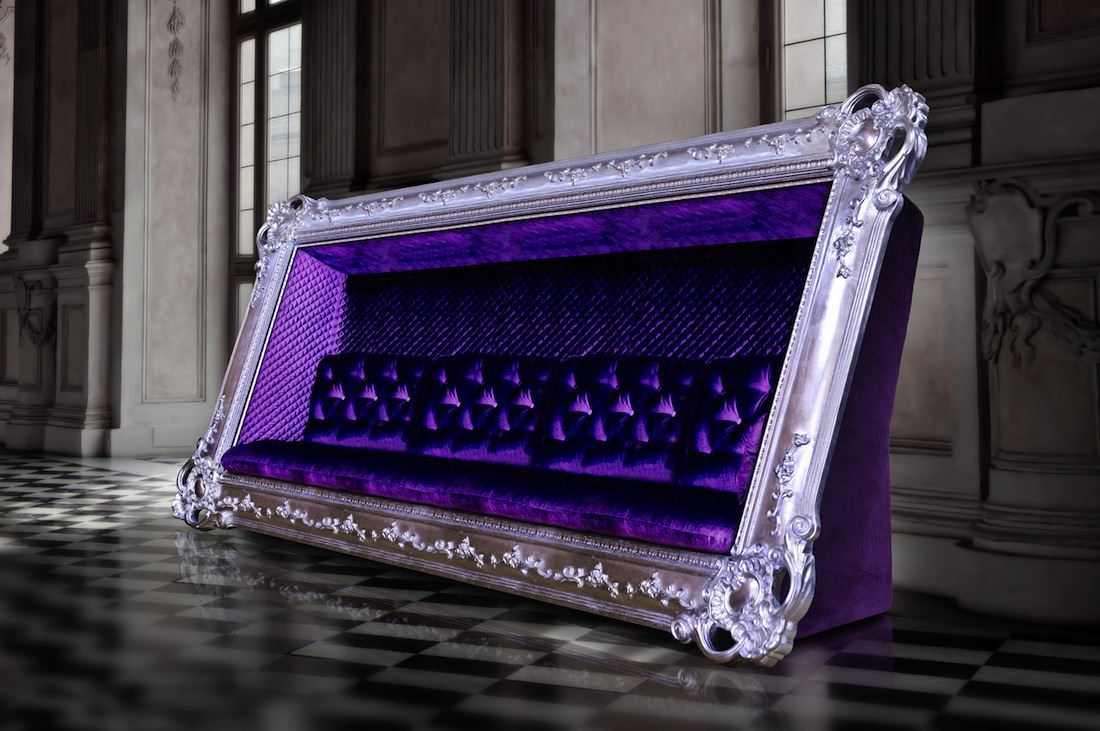 Read More
A frame chair of an extreme luxury, this is the newly made collection by Georgi and Petar Slokoski,…
Read More
0
0
0
0