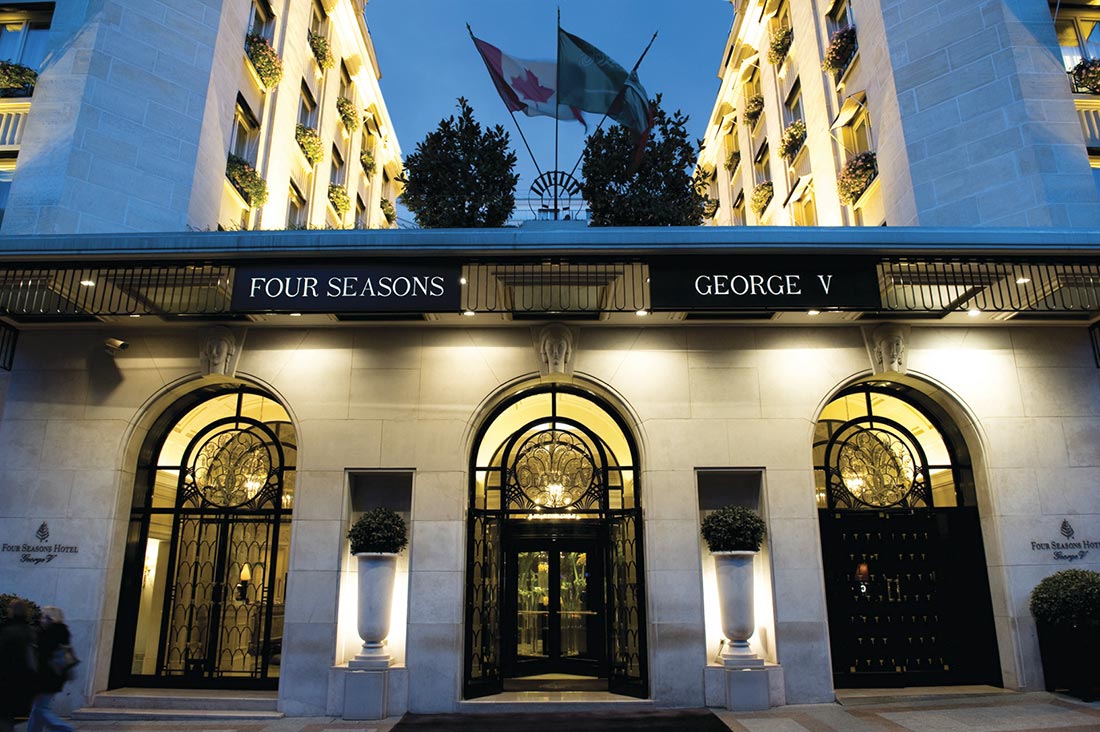 Just off the Champs-Elysees, the Four Seasons Hotel George V, Paris is superbly located in the heart of the most fashionable quarter of Paris. Opened in  1928, the George V has always been a legendary hotel of Paris. In an Anglo French style, the George V is admired for its unique identity, mixing intimate ambiance and French elegance.

Renaissance of a historic treasure

Working in unison with French architect Richard Martinet and interior designer Pierre Yves Rochon, the Four Seasons project was to preserve and re-create all the original Hotel’s finest features and to restore its precious artefacts. Richard Martinet restored the art deco façade to recapture the building’s original splendour and charm. The renovation allowed to reinforce the Hotel’s place in the architectural heritage of Paris and in the city’s great hotel legacy.

Both outside and inside, the project was to restore harmony to the George V design. Pierre Yves Rochon introduced a delicate palette of colours in the public areas to lighten the space and create a calming ambience. Richly textured fabrics and wood panelling underscore the grandeur of the hotel. Tapestries from Flanders adorn the walls and a 500-square-foot Savonnerie carpet graces the Galerie. Familiar artworks have returned from a period of repair and restoration to preserve the Classic French style.

The 244-room Hotel includes 59 suites, 30 of its suites and deluxe rooms have terraces or balconies offering an outstanding view on Paris. Classic French furnishings and Parisian style create an elegant residential atmosphere. Here, also, a delicate palette of colour is designed to be soothing. Richer shades of yellow, blue and green were introduced in the suites to create a handsome backdrop for the many fine artworks displayed in these accommodations. Bathroom have been totally reconstructed with elegant marble surfaces and offer separate bath and shower.

The Four Seasons Hotel George V has preserved and enhanced the 1920’s Classic French style while offering a 21st century infrastructure.  The room prices are going from 995 Euros to 15 500 Euros for one night! Sweet Dreams…

A wellness Oasis in Paris 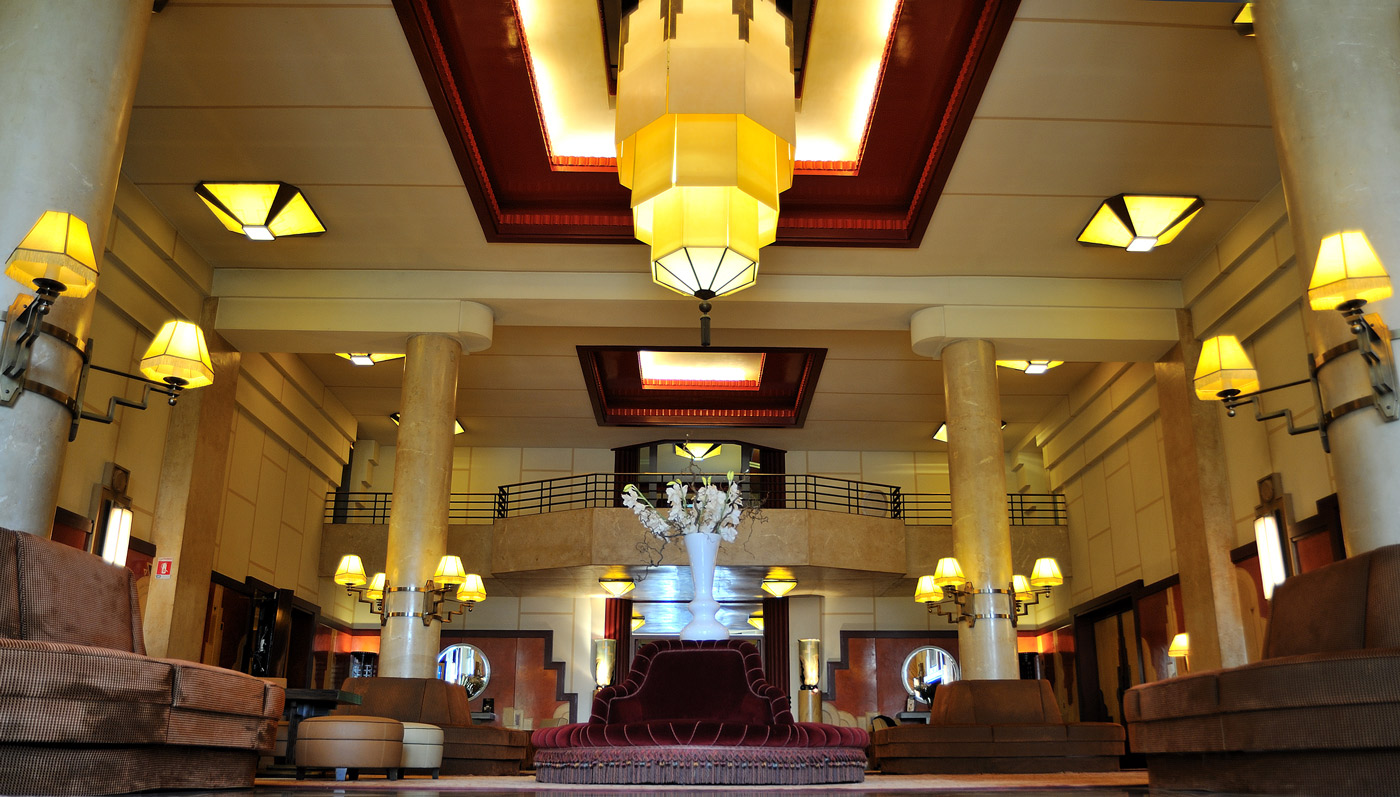 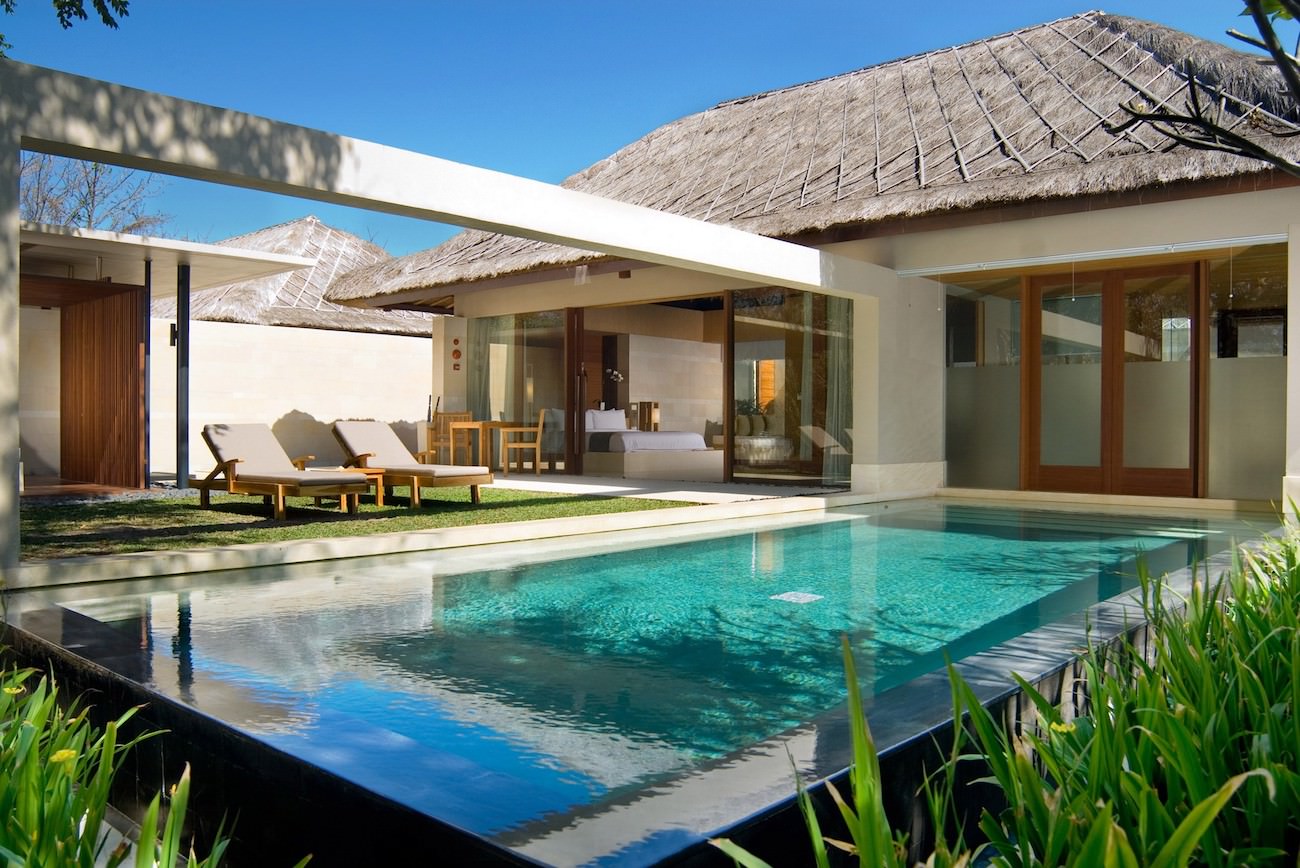