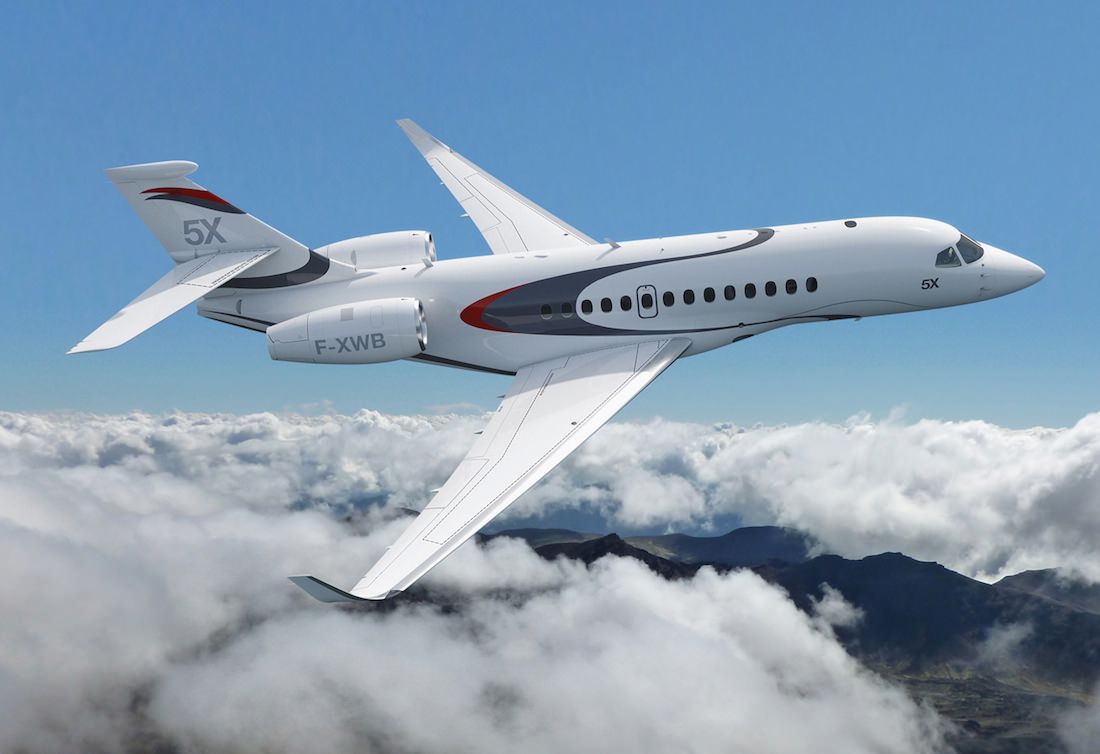 The Falcon 5X, the latest business jet by Dassault Aviation

After six years of labor, the Dassault Aviation Group has unveiled, on the 21st of October during the NBAA (National Business Aviation Association) in Las Vegas, its brand new business jet: the Falcon 5X.
The Falcon 5X has just completed the business aircrafts range of the French Group Dassault, becoming consequently the most advanced and trendiest of the Falcon family.

This business jet is a new generation large range that can accommodate up to 8 passengers and 3 staff members on a distance of 9600 km without stopover.
Unlike the old model (SMS), the Falcon 5X is not a business jet of super Mid-sized category. In fact it’s a long haul business aircraft of incredible comfort:
– A spacious cabin of 50 m3, mainly the largest on the market, with a “zenithal porthole”, one of the newest innovations of the aircraft that brings in natural lighting. Another innovation: the Falcon Cabin HD+ system allowing wireless content management (TV, iPad, multimedia server, iTunes media center, videos…). At last, an advanced air filter system giving the possibility to maintain easy breathing, is equipping genuinely the Falcon 5X.
-An extremely modern flight deck equipped of a 3rd generation Easy cockpit, ensures a better piloting experience with four wide angle windows, a large seating and a real time maintenance controlling system, enhancing visual perspective, comfort and pilots’ concentration.

Dassault Aviation worked along with Safran Snecma to equip the aircraft by two Silvercrest-1D reactors. These latter have got spectacular performances: equipped of the most advanced systems in business aviation, christened “fly-by-wire”, they allow 15% of fuel saving, compared to the traditional engines, it shows a match top speed of 0.90.
Very handy, the Falcon 5X can use short tracks, such as London City Airport’s… Accordingly, it can access more airports than its rivals.
The balanced length of 1535m as well as a digital flight control system promise flights in remarkable living conditions, merging security, performance and utter comfort.
Faithful to Dassault’s business jet tradition for almost 50 years, the Falcon 5X is a cross-headed tailplane with straight profile wings, just like those of the very first Falcons. It’ll be produced in aluminum and will include flaperons combining a flap and aileron roles.

The Falcon 5X, presented as a ‘split’ model, is inspired by military programs of the French aircraft manufacturer. It’s undoubtedly a new reference when it comes to business aviation considering: performances, innovations and the scale of indoor comfort.
Priced at 45 Million Dollars, it will first take off in the first trimester of 2015 for an expected certification in 2016 and a final start-up in year 2017 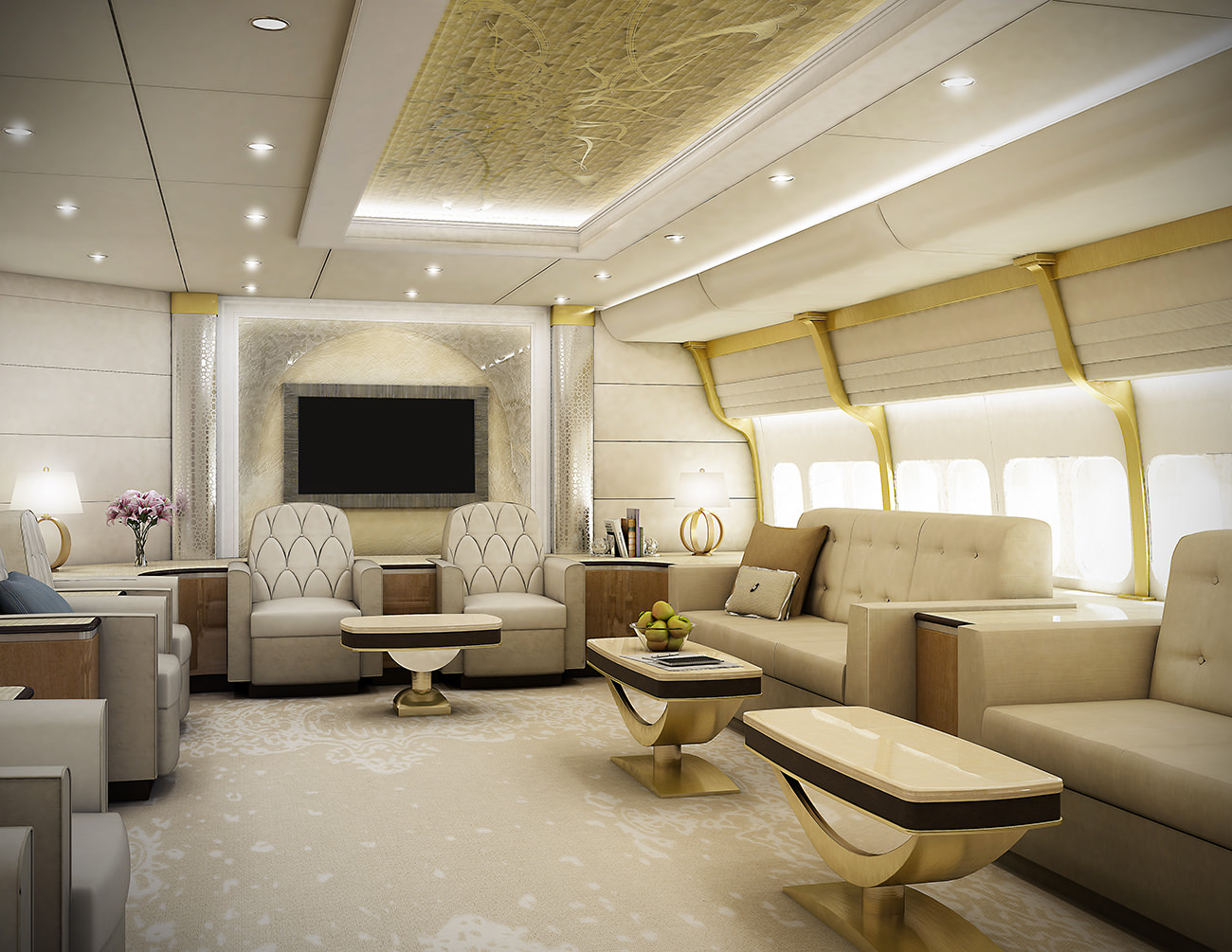 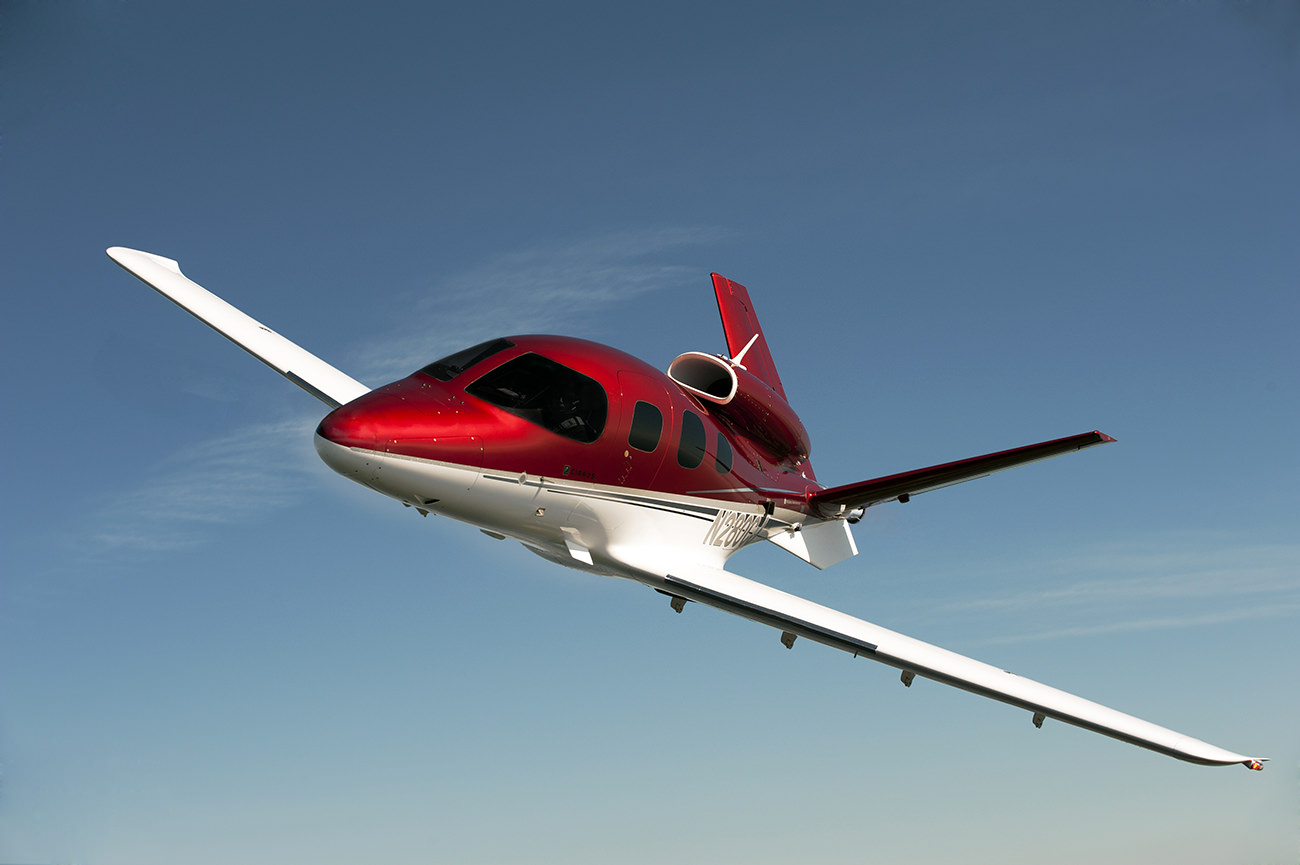