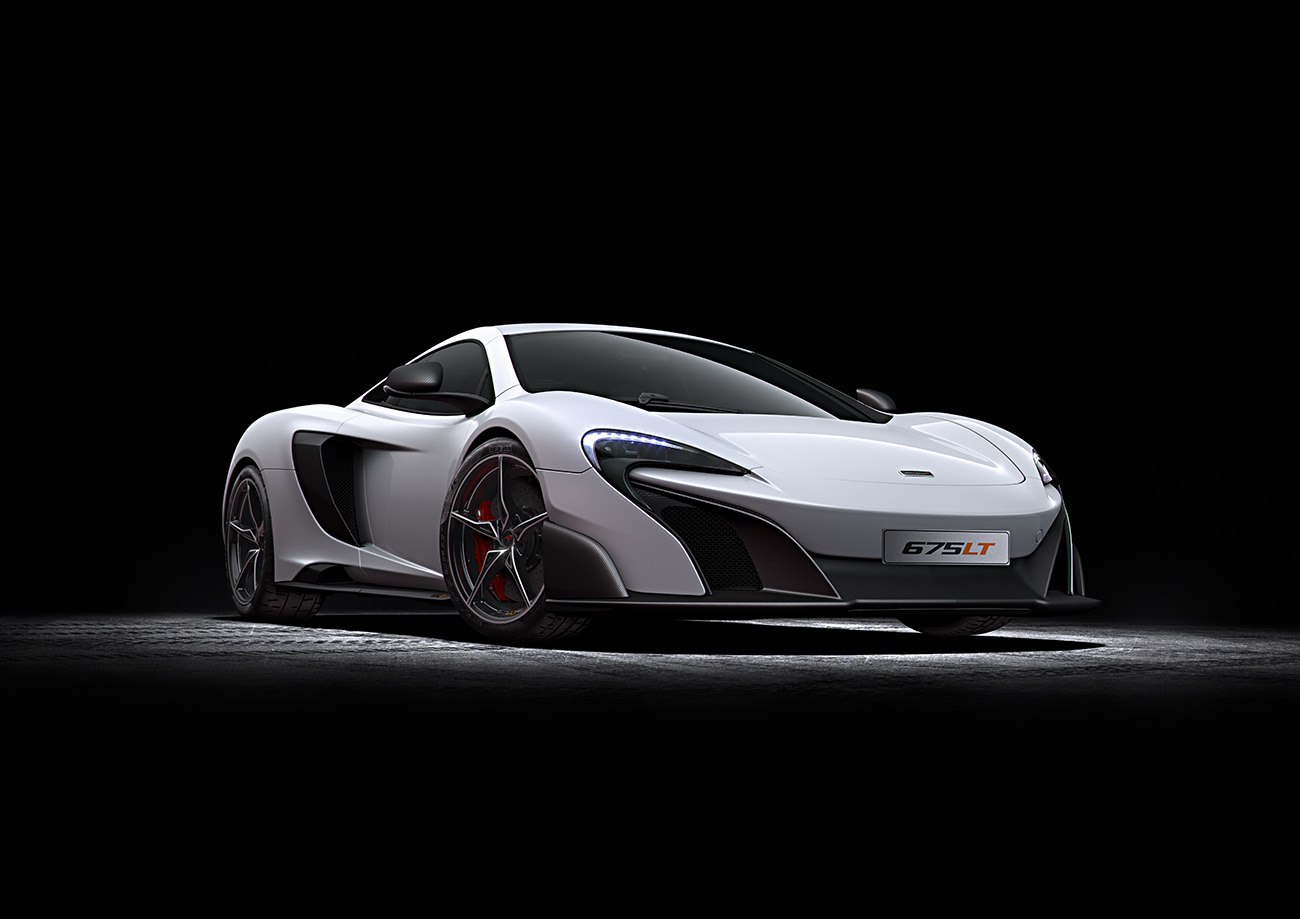 The McLaren 675LT made its world debut at the 85th Geneva Motor Show, with a clear focus on performance, light weight and ultimate levels of driver engagement – all key attributes of a McLaren ‘Longtail’.

Offered as a Coupé only, the 675LT will be the most track-focused, yet road legal, model in the McLaren Super Series, with a power to weight ratio that eclipses established rivals.

The sprint from 0-100 km/h (0-62 mph) takes just 2.9 seconds, with controlled torque delivery ensuring optimised traction off the line. Acceleration continues at relentless pace with the 200 km/h barrier broken in 7.9 seconds, on to a top speed of 330 km/h (205 mph).

The first images of the car demonstrate a more aggressive look for the McLaren brand than has been seen before.

Styling cues run from the extended carbon fibre front splitter, through an extended door blade and additional cooling intake, to the circular twin titanium exhaust pipes, giving a hint to the performance available for the most powerful and lightest model in the McLaren Super Series.

Each of the five ‘By McLaren’ specifications is complemented within the stripped out interior with carefully selected materials and colours.

The purposeful driver-focused cabin of the 675LT gives even further indication of track potential. A pair of ultra lightweight carbon fibre-shelled bucket seats, upholstered in Alcantara® as standard and modelled on those in the McLaren P1™, provide comfort and support with no compromise on overall weight.

A subtle 675LT logo features on the headrest of each seat, and is also present on the rev counter. In a change to the other models in the Super Series, the air conditioning controls are now incorporated within the intuitive touchscreen infotainment system.

Despite the revised, longer bodywork, the 1997 McLaren F1 GTR ‘Longtail’ was over 100kg lighter than its hugely successful predecessors.

As it was nearly 20 years ago, weight reduction has been a key focus throughout the development programme for the 675LT and, in a subtle nod to its bigger brother, the result is a saving of over 100kgs over the other models in the Super Series.

This savings have been achieved through the extensive use of carbon fibre for the body panels, along with lightweight engine, chassis and body structure parts. In the pursuit of minimal weight, and to suit its purposeful intent, even air conditioning has been removed, but can specified as a no cost option.

A subtle air intake is incorporated ahead of the leading edge of the rear wheel arch, below a more pronounced side intake behind the door, both of which feed clean cool air into the side-mounted radiators.

The aero balance is optimised by the active ‘Longtail’ Airbrake which, as with the McLaren F1 GTR ‘Longtail’, is larger – 50 percent larger than on other Super Series models.

Despite a more complex design, the bespoke crossover system is designed to optimise performance and reduce weight, saving 1.1kg.

The rear deck and sections flanking the exhaust pipes remain exposed; designed to evacuate hot air from the engine bay as efficiently as possible, while a lightweight polycarbonate rear screen features further louvres. 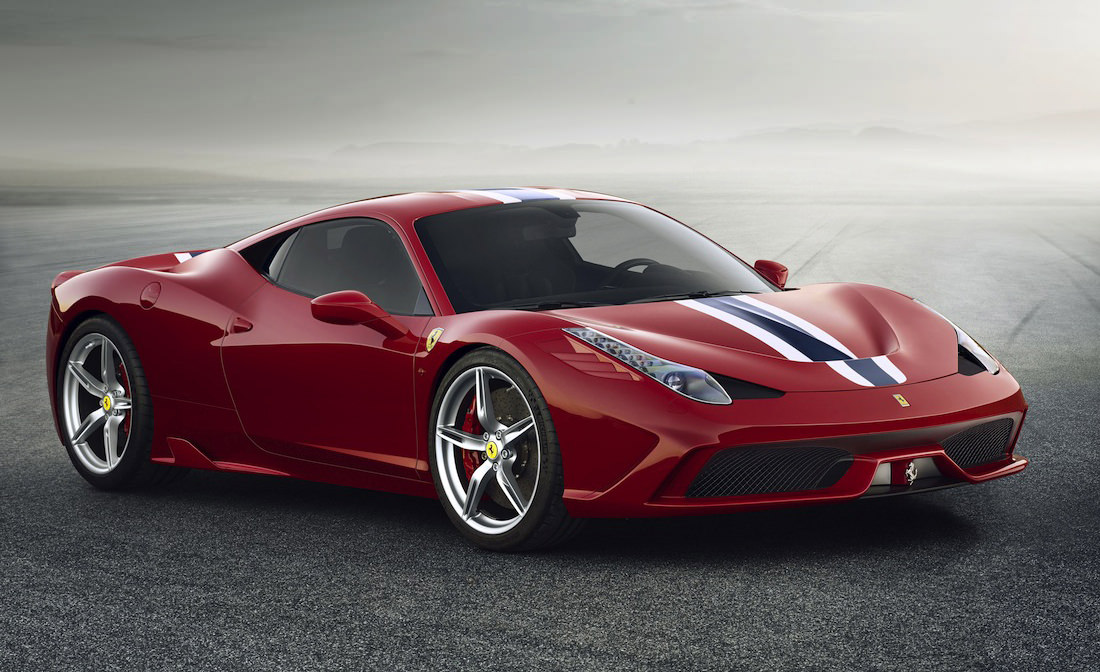 Read More
The 458 Speciale is the latest product of Ferrari’s core philosophy of extreme technological innovation and research which,…
Read More
0
0
0
0 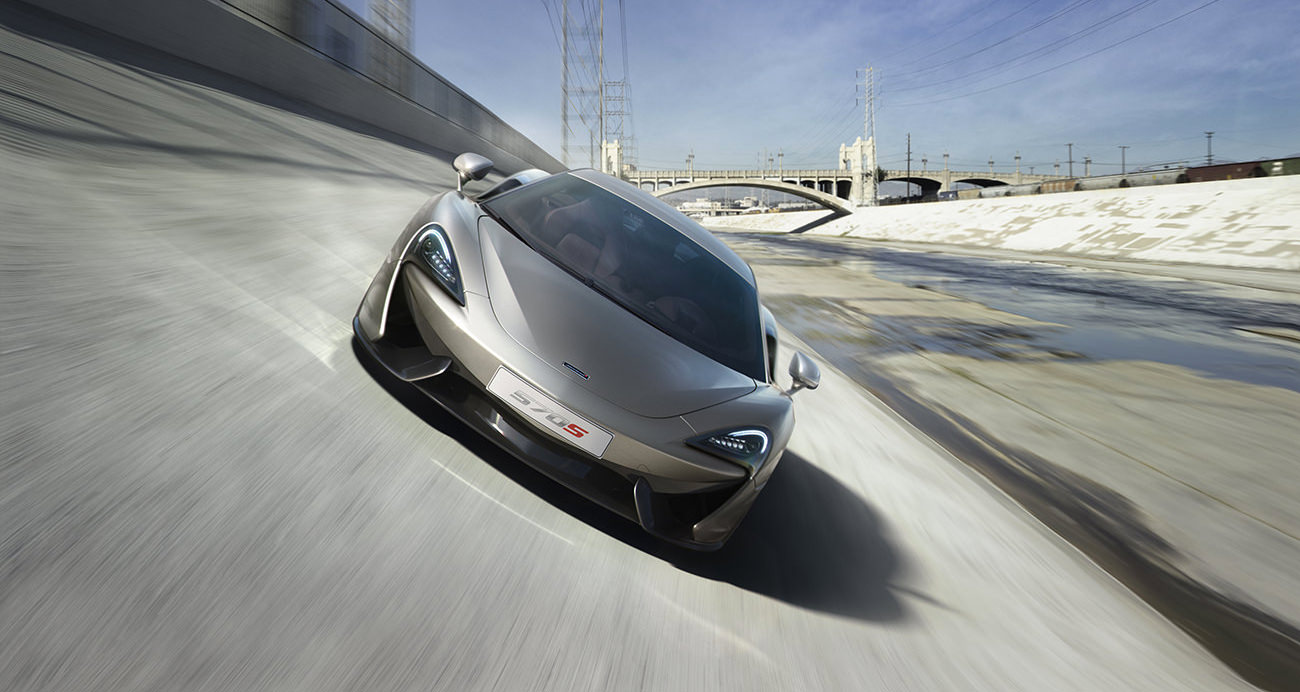