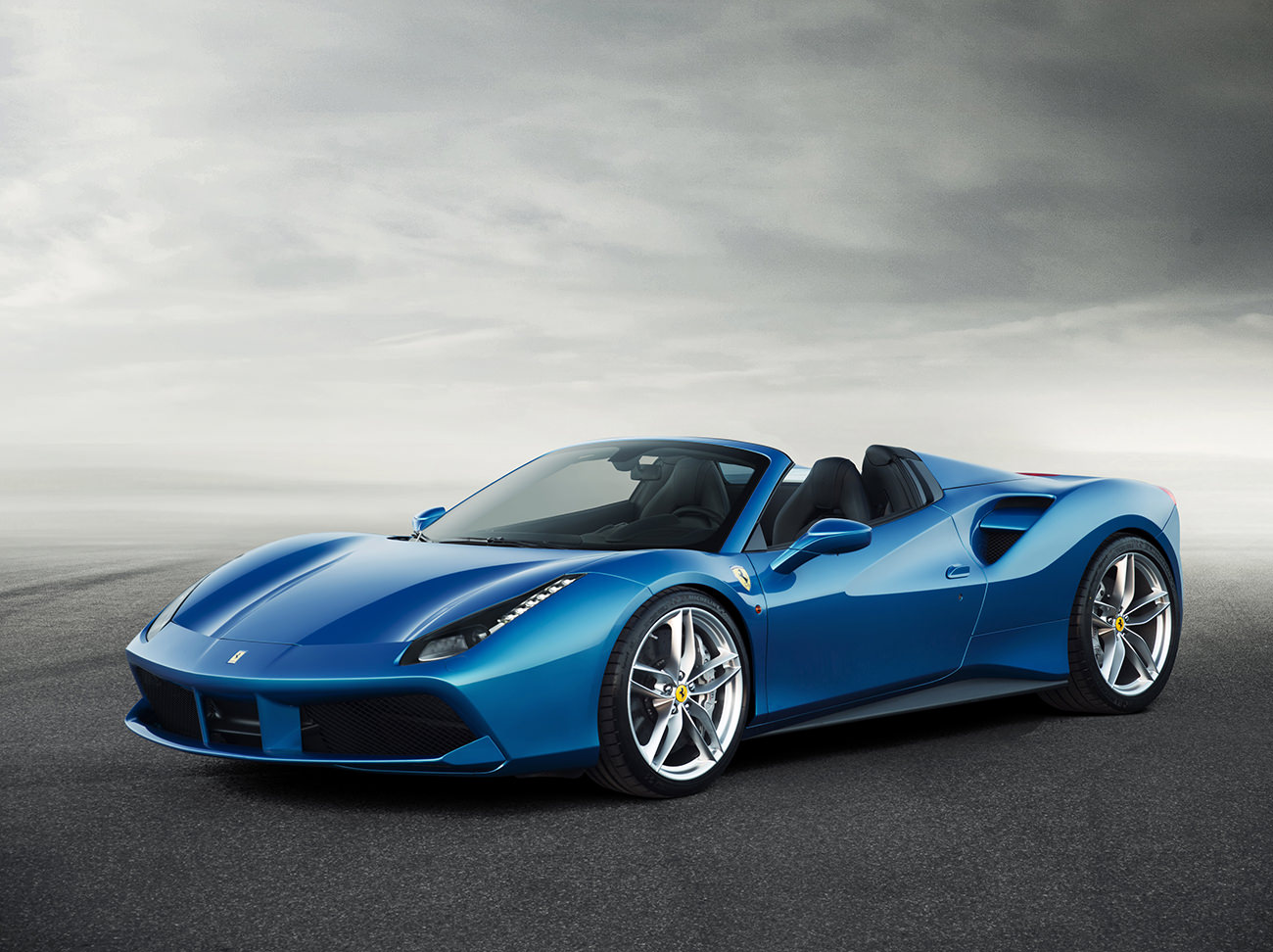 Ferrari announced the launch of the 488 Spider, its most powerful ever mid-rear-engined V8 car to feature the patented retractable hard top along with the highest level of technological innovation and with cutting-edge design.

The heart of the 488 Spider

Beneath the engine cover throbs the 3902 cc turbo-charged V8 that debuted just a few months ago on the 488 GTB. Its performance levels are nothing short of extraordinary: a maximum power output of 670 CV combined with maximum torque of 760 Nm at 3000 rpm send the 488 Spider sprinting from 0 to 100 km/h in 3 seconds flat and from 0 to 200 km/h in 8.7 seconds.

This is also an exceptionally efficient engine as it is not only 100 CV more powerful than the previous naturally-aspirated V8 but also has lower CO2 emissions.

The turbo V8 has a unique character, delivering increasing levels of power right across the rev range, and completely eliminating the traditional turbo lag with a throttle response time of just 0.8 seconds. This is thanks not merely to components such as the turbos, but also to a sophisticated production process only made possible by Maranello’s leading-edge facilities which are shared with the Scuderia to foster the transfer of racing technologies to the road cars.

In line with Ferrari tradition, this model has its own absolutely distinctive soundtrack created using solutions such as exhaust headers with longer, equal-length piping and a flat-plane crankshaft. It was also further enhanced by an in-depth study of harmonics and tonality at different engine speeds. The sound is seductive but never invasive when the top is dropped, with both volume and clarity increasing as the engine instantly responds to the accelerator pedal and revs rise, reinforcing the sensation of massive performance.

Sculpted by the wind

Pictured here in the new Blu Corsa livery, the 488 Spider sports the most technologically advanced retractable hard top on the market. Ferrari was the first marque in the world to use this kind of RHT on a car with mid-rear-engined architecture.

Offering a much lighter construction (- 25 kg) and superior noise and wind protection to a traditional soft-top, this solution is now available on the most high-performance and technologically-advanced Ferrari spider ever built by Maranello.

Every area of the car has been designed to set new technological benchmarks for the sector: from the aluminium spaceframe chassis and bodyshell to the new turbo-charged V8, aerodynamics that reconcile the need for greater downforce with reduced drag along with the specific cabin air flow demands of an open-top car, and vehicle dynamics that render it fast, agile and instantly responsive.

The RHT folds backwards in two overlapping sections to rest flush on the engine in a very compact solution. The mechanism is exceptionally smooth and takes just 14 seconds for the top to fully retract or deploy.

Working with aluminium is important not only in functional terms but also because, by tradition, it demands every detail be treated sculpturally to express the technical excellence of the project through its beauty. Cases in point are the flying buttresses which optimally channel air flows to the engine cover, the ribbing on the engine cover and the air intakes with sculpted mesh grilles which lend that area of the car a sense of incredible dynamism.

Just like all previous spider versions of Ferrari’s models, the 488 Spider is aimed squarely at clients seeking open-air motoring pleasure in a high-performance sports car with an unmistakable Ferrari engine sound.

The world premiere of the 488 Spider will be at the Frankfurt International Motor Show in September. More outstanding cars in our Supercars category. 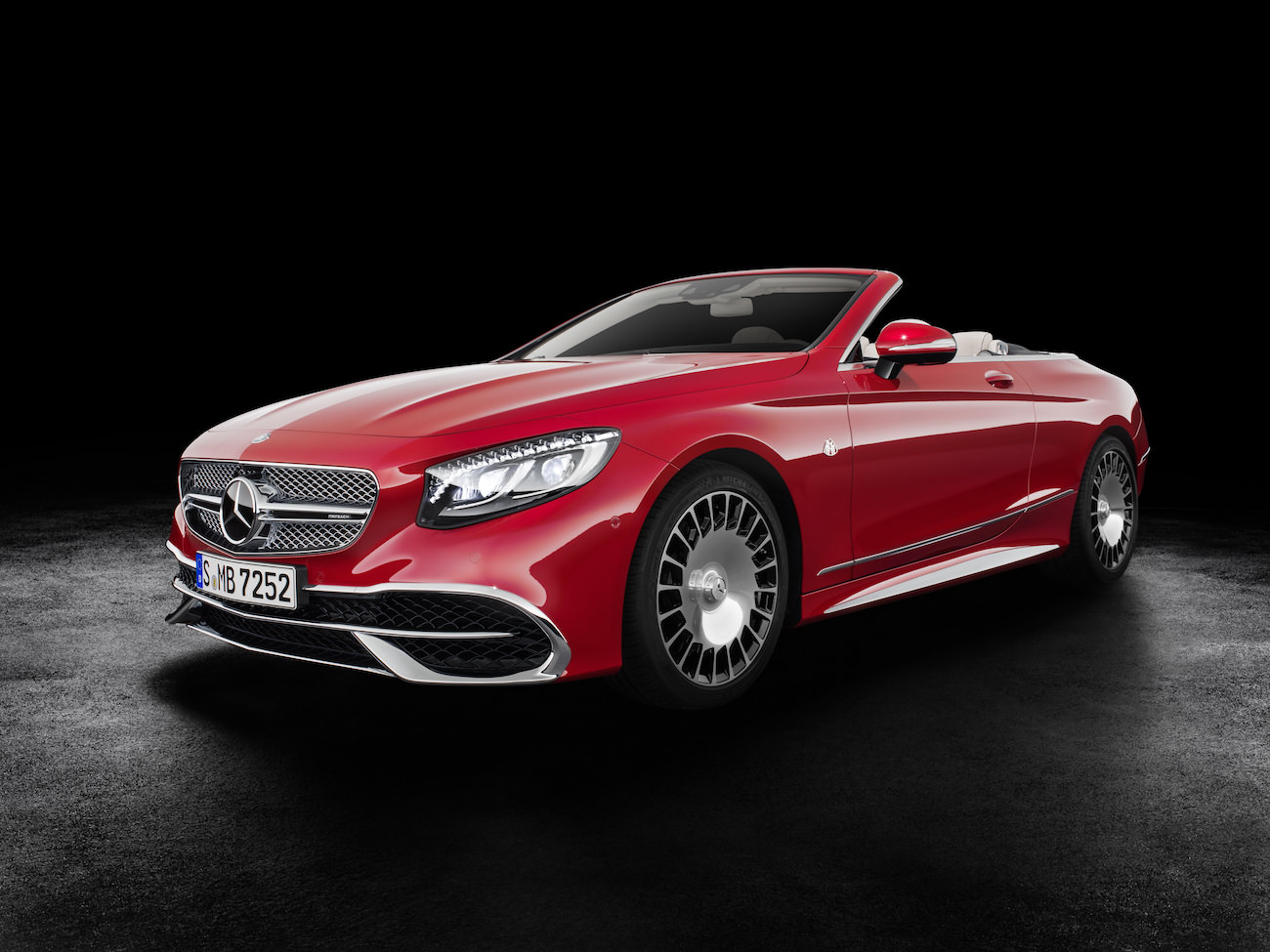 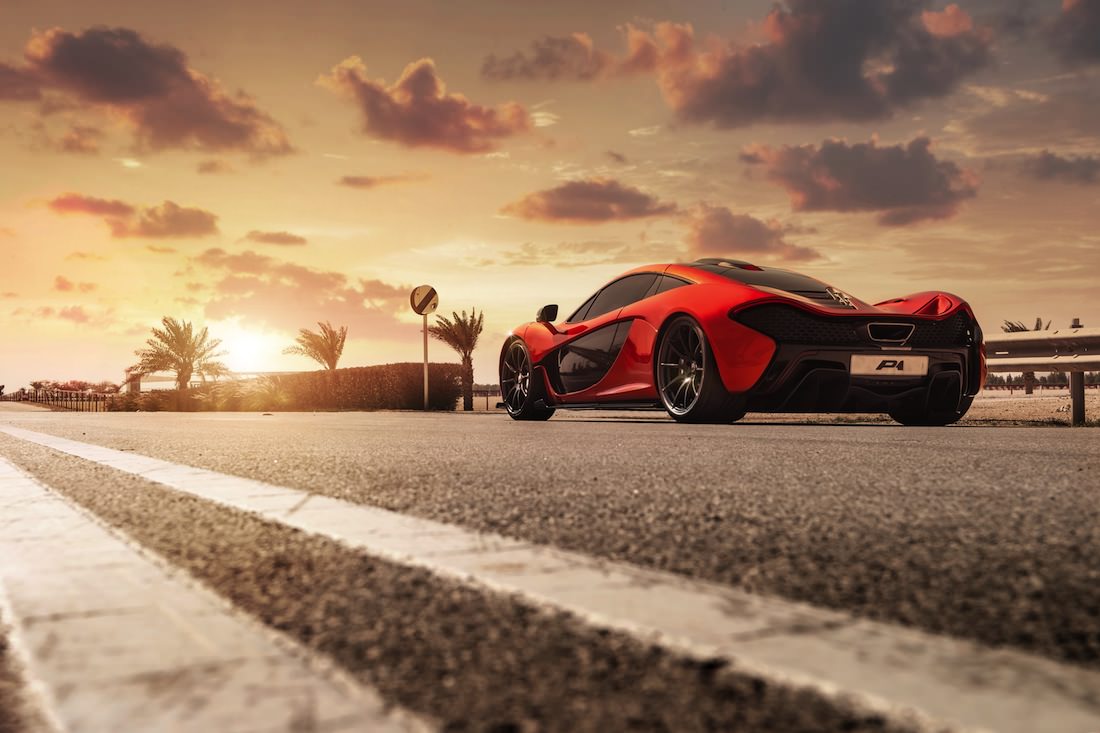