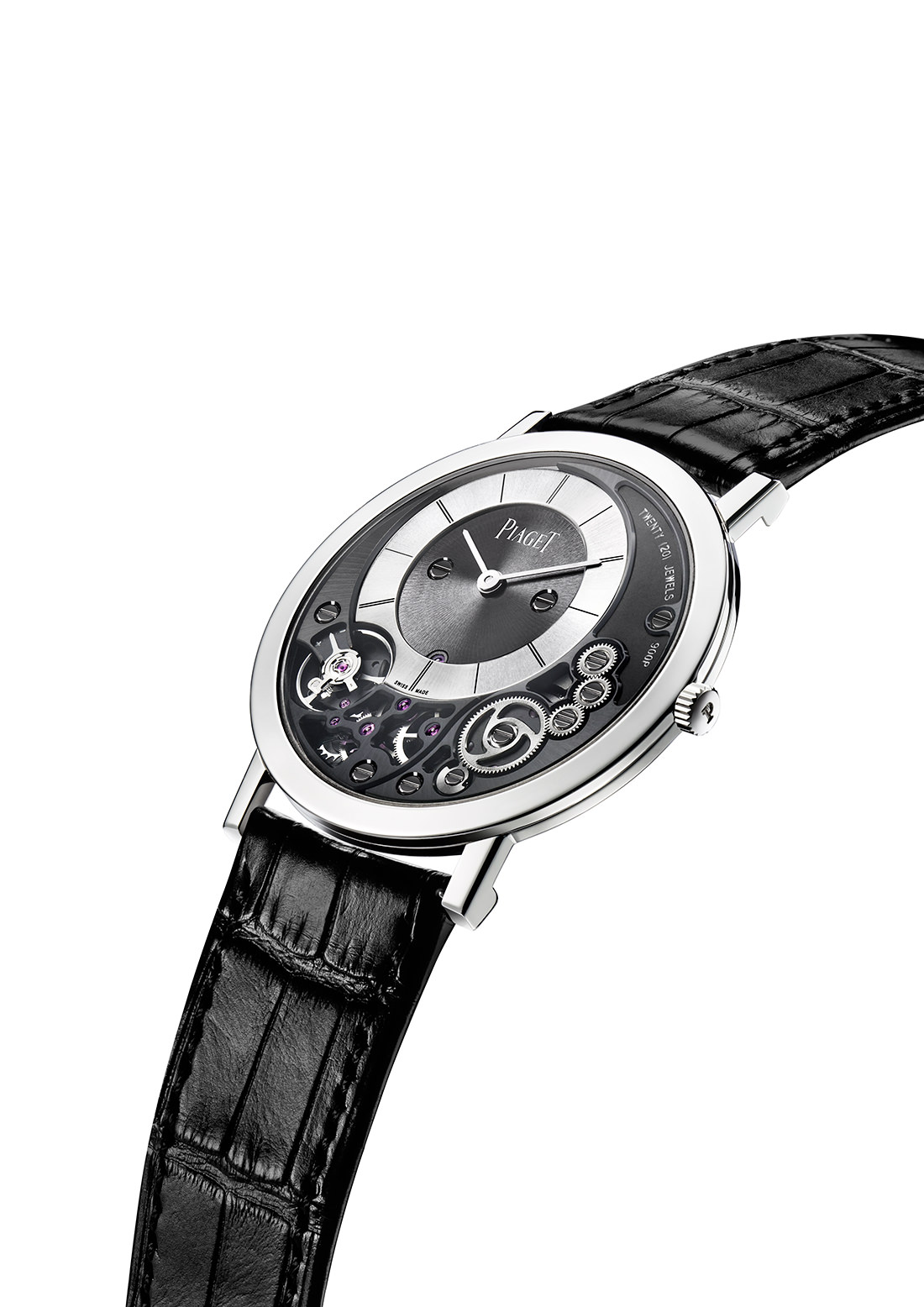 The Altiplano 38 mm 900P, the perfect gift for Valentine’s Day

Neither entirely a movement nor exactly a case – or rather both at once: introducing the Altiplano 38 mm 900P, the world’s thinnest mechanical watch. Merging the hand-wound calibre with the case elements, it is designed as a single entity in order to achieve record-breaking slenderness at just 3.65 mm thin.

The Maison Piaget is celebrating its 140th anniversary and marks the occasion by launching a model that is set to defy the conventions of ultra-thin Fine Watchmaking for many years to come: the Altiplano 38 mm 900P. While clearly geared towards cutting-edge innovation, it is also a nod to history, since it gets the 900P part of its name from Calibre 9P, which was the first ultra-thin hand-wound movement made by Piaget in 1957. That particular mechanism measured just 2 mm thin and sealed Piaget’s destiny in the field of ultra-thin horology.

Constantly reaffirming its unconditional love of slim mechanisms, the Manufacture de Haute Horlogerie Piaget has produced no less than 23 ultra-thin calibres out of the 35 movements developed and produced in-house, of which 12 have set new records for thinness over the past few years and are now part of the collection.

Within this impressive body of work, each new accomplishment lays a new milestone in terms of the expertise thus accumulated. It is this know-how that nurtures the Maison in constantly pushing the boundaries of its art and perpetually innovating through a string of exceptional creations. The latter are distinguished not only by their extreme slenderness, but also by their uncompromising reliability – a criterion that governs each and every choice made by the Manufacture.

Merging the skills of the two integrated Manufactures

Making an ultra-thin watch is a constant challenge. Right from the first project sketches, all those involved must anticipate the functional, aesthetic and durability constraints involved in paring down parts to the extreme. Very few manufacturers are tempted to adopt such an approach, and even fewer develop and produce in-house both their calibres and their cases under the watchful eye of the in-house designers.

Piaget belongs to this exclusive circle. While the Altiplano 38 mm 900P merges the case and movement to establish itself as the thinnest mechanical watch, it also stems from another fusion without which such a feat would have been impossible: that of the two Manufactures Piaget – one based in La Côte aux Fées, where the movements are traditionally made; and the other in Plan-les-Ouates, where the cases are crafted. These skills are now inextricably intermingled, since within the Altiplano 38 mm 900P, the mechanism and the external components form a single indivisible entity.

For a full three years, watchmakers, case constructors and designers worked together at each stage of development, production, adjustment and finishing in order to give life to this slender marvel. While each of the 145 parts composing the Altiplano 38 mm 900P has been trimmed to a size sometimes barely thicker than a hair’s breadth – including some wheels measuring a mere 0.12 mm thin – special care has been devoted to clearances.

In other words, the process involved cleverly arranging the components to within the nearest hundredth of a millimetre so as to create optimal play between the fixed and mobile organs, while being careful to ensure that the later move freely and thus guarantee the smooth running of the mechanism.

At the heart of the world’s thinnest mechanical watch

Nonetheless, the true secret of this extreme slenderness lies in the structure of the case itself, of which the back also serves as the mainplate. Thereby merging calibre and case, the latter was machined directly from the case-back in order to house the mechanical parts. This highly complex architecture meant reversing movement construction so as to fit the bridges on the dial side – an approach that also has an aesthetic effect by keeping them visible.

To save another precious few millimetres, the entire mechanism and the hand-fitting system are contained within the thickness of the balance-wheel itself, thus entailing an off-centred display of the hours and minutes entirely in tune with the iconic design features of the Altiplano line. These characteristics are further enhanced by the entirely visible wheel-train that invites the owner of the watch to plunge into the very heart of this supremely slender and technically sophisticated mechanism.

Working within this extremely confined space, Piaget has devised a suspended barrel hanging from a single bridge on the dial side, contrary to classic barrels that are also fixed to the mainplate side. This highly unusual device is no way detrimental to the performance of the mechanism, since the Altiplano 38 mm 900P has a generous power reserve of around 48 hours.

While for Piaget, the extreme slimming down of the parts in an ultra-thin watch must in no way compromise its reliability, the same goes for the level of finishing. The Altiplano 38 mm 900P is no exception to the rule. Even though some of its 145 parts remain hidden from sight, all of them have been meticulously finished in keeping with the noblest horological traditions, through countless hours of patient work rendered even trickier by the extraordinary slenderness of the components.

The mainplate carved out of the watch case-back has been satin-brushed and sandblasted, while the wheels are alternately sunburst or circular satin-brushed. Hollowed so as to reveal the subtle mechanical intricacies at the heart of the Altiplano 38 mm 900P, the bevelled and sunburst satin-brushed bridges are black-coated to create elegant contrasts with the white gold case.

In its pink gold version, the watch bears anthracite mechanical elements, whereas when it appears in the gem-set white gold variation, the bezel lights up the entire creation with its 78 diamonds. Finally, the index-assembly bearing the Piaget “P” strikes a resounding signature note within this subtly orchestrated Fine Watchmaking symphony.

Ever since its first ultra-thin calibres in the early 1960s, Piaget has always interpreted its wealth of finesse through exceptional creations sublimating the two core competencies of its Manufactures: Fine Watchmaking and Haute Joaillerie. An ultra-thin watch allows only infinitely small tolerances in preserving the volume of its lines and that of its case. The extreme thinness of the material thus leaves very little space for setting the stones.

The jewellery version of the Altiplano 38 mm 900P totalling 4.71 carats sets a new record for slenderness, since it is the world’s thinnest Haute Joaillerie watch at just 5.65 mm thick. 304 diamonds set the stage for subtle plays on cuts – baguette for the bezel and brilliant for the lugs and profiles. On the dial, 33 baguette-cut diamonds form the chapter ring. Piaget takes things as far as to even gem-set the screws on the bridges and wheel-trains.

Proclaiming its bejewelled nature right the way through to the smallest details, the watch also features delicate gem-setting on the folding clasp of its alligator leather strap, thereby putting the ultimate finishing touch to a model that is destined to remain a highly exclusive work of art.

Spanning more than 1,500 km at the heart of the Andes Cordillera, the Altiplano is one of the world’s highest populated regions, with an average altitude of 3,650 metres. The latter figure is echoed in the exceptional slenderness of the Altiplano 38 mm 900P measuring just 3.65 mm thin!

Inspired by these splendidly ethereal expanses, the Altiplano line by Piaget also conceals a treasure – in this instance mechanical – beneath a pure modern design. The latter is distinguished by an off-centred dial alternately punctuated by single and double hour-markers in a contemporary interpretation of timeless classicism.

Clothed in an 18K gold case, the new Altiplano 38 mm 900P also maintains an apparently simple bearing despite its exceptional architecture and this might also make one forget that it is indeed the world’s thinnest mechanical watch. Rarely has an Altiplano so powerfully lived up to its name…

To get more gift ideas, have a look on our shopping section. 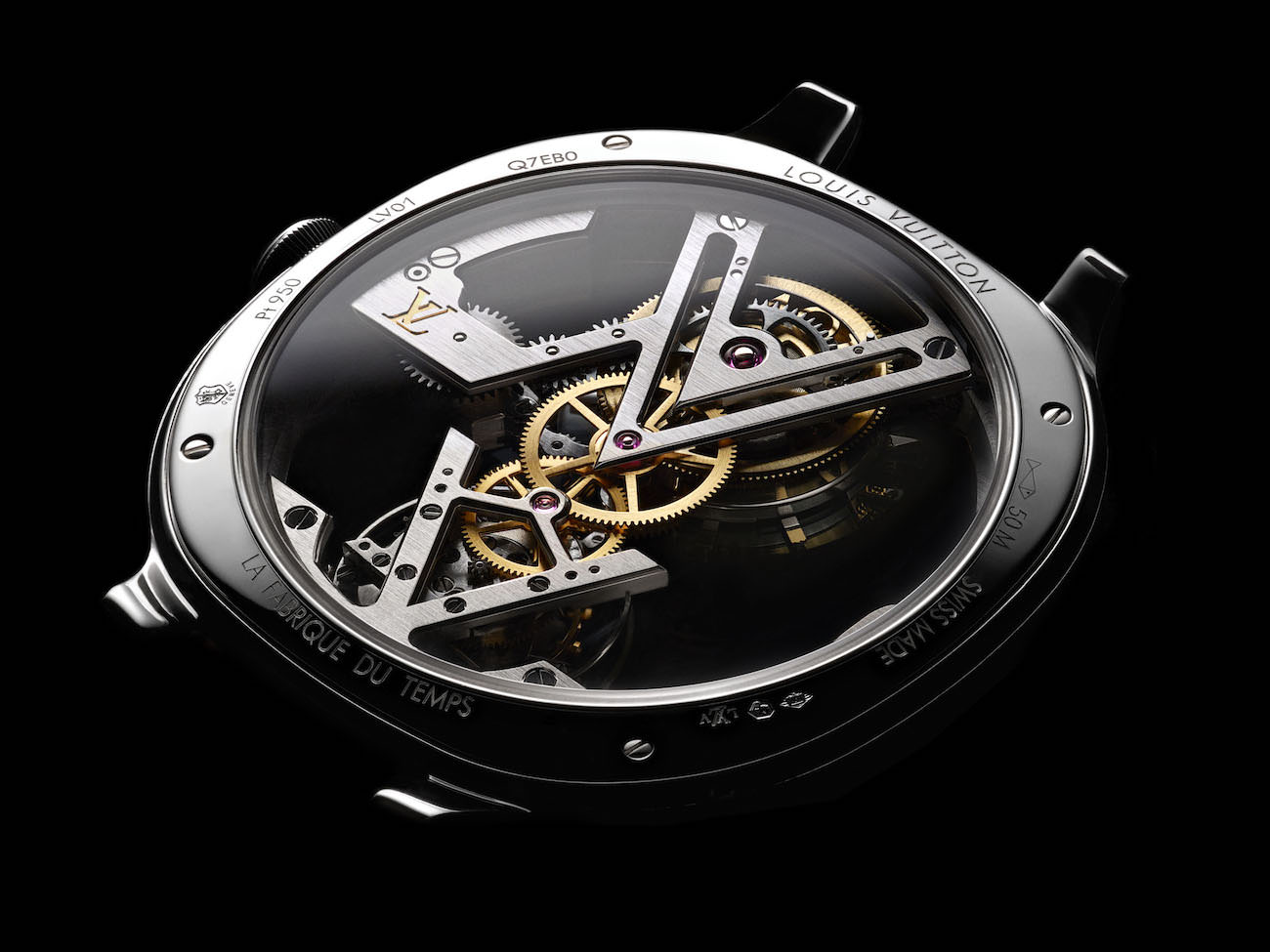