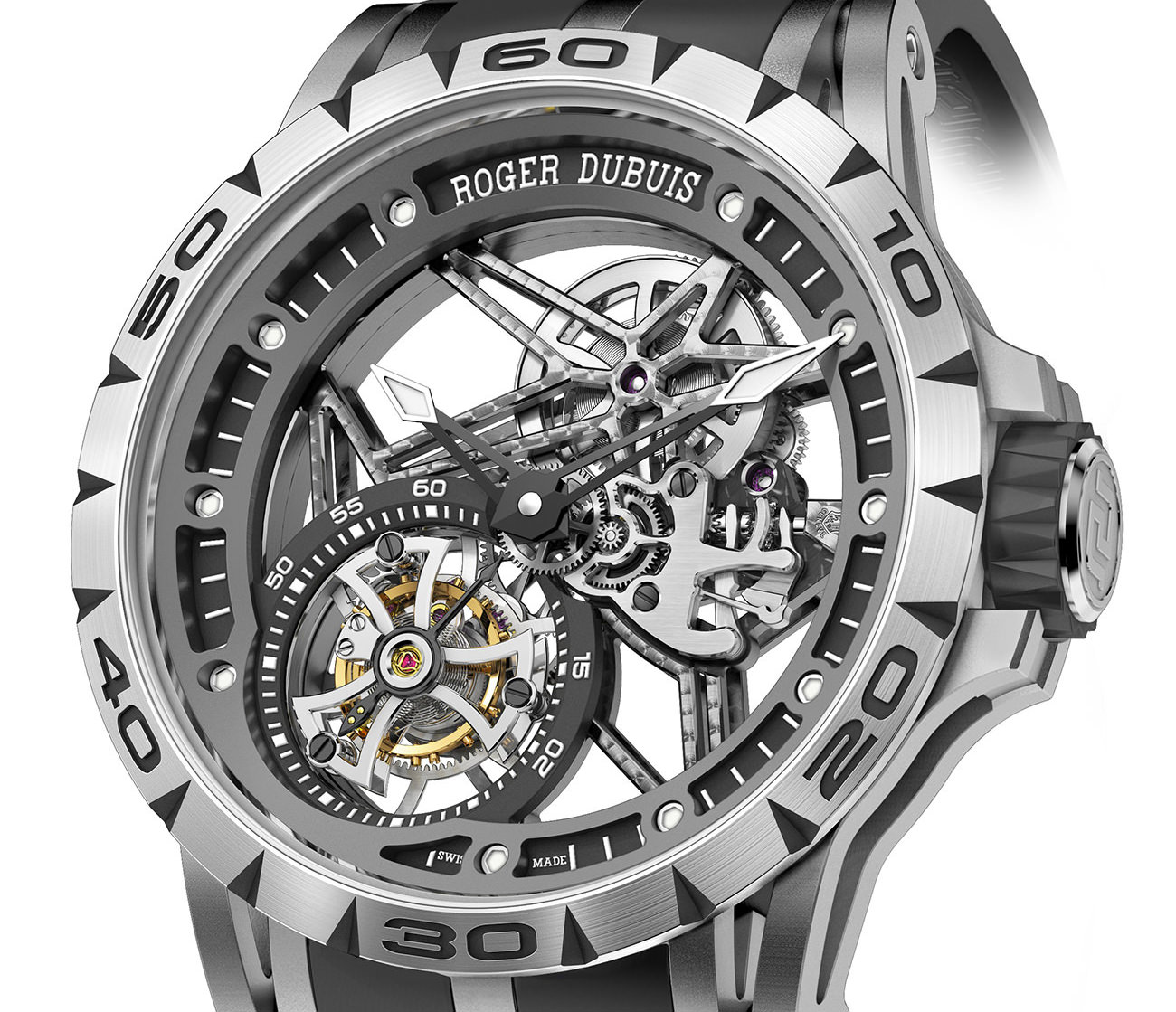 2015, the Year of the Skeleton by Roger Dubuis

At the SIHH 2015, Roger Dubuis will be presenting two skeleton-work Excalibur creations that each in their own way confirm the unique angle adopted by the Manufacture in its interpretation of this stand-out field of horological excellence.

Excalibur by Roger Dubuis, with its legendary connotations and its memorable design codes including a round case, fluted bezel, triple lugs, dedicated Dauphine hands, has become the emblem of a subtly offbeat, unconventional and unexpected approach to watchmaking traditions.

In this world of the Warrior, the battle fought by Roger Dubuis is fierce and yet peaceable: a chivalrous combat to overcome all obstacles and to fly high the banner of architectural and technical mechanics – as well as of the Poinçon de Genève quality hallmark borne by all of its creations.

Excalibur thus proves the ideal setting in which to showcase its pioneering expertise in the field of contemporary skeleton-work.

In recent years, the Manufacture Roger Dubuis has carved out an undeniable niche for itself in the field of skeleton calibres.

Epitomising this attitude of merging formal aesthetics with useful functionality, the instantly recognisable star shape of Roger Dubuis contemporary skeleton movements, borrowing from the skeleton-work motifs seen in nature such as in heavenly constellations, frequently involves the tips of said stars pointing to the hour-markers and thus enhancing clarity.

For 2015, with the Excalibur Spider collection, Roger Dubuis takes the skeleton theme beyond the movement alone, now extending it to encompass a skeletonized case, lange and hands.

Named after another typical skeleton-work theme seen in nature through the complexities of the spider’s web, this latest collection is entirely in keeping with the typically unconventional twist that Roger Dubuis has given to the principle of skeleton-work.

It actively endows the latter with the stature of a true contemporary art form serving a three-fold purpose: improved visibility, intricate sculptural effects and enhanced transparency.

The Excalibur Spider Skeleton Flying Tourbillon picks up the signature features of Roger Dubuis skeleton watches, the star-shaped design, the tourbillon carriage shaped like a Celtic cross and the high-end finishes including a circular-grained plate.

Moreover, in keeping with the determination to push boundaries in all directions while fearlessly defending its territory that befits the world of the Warrior, the light yet robust 45 mm titanium case is also open-worked.

Spurred on by the mechanical hand-wound RD505SQ movement, the Excalibur Spider Skeleton Flying Tourbillon rides out to battle against gravity with a blend of gravitas and exceptional lightness in the saddle… 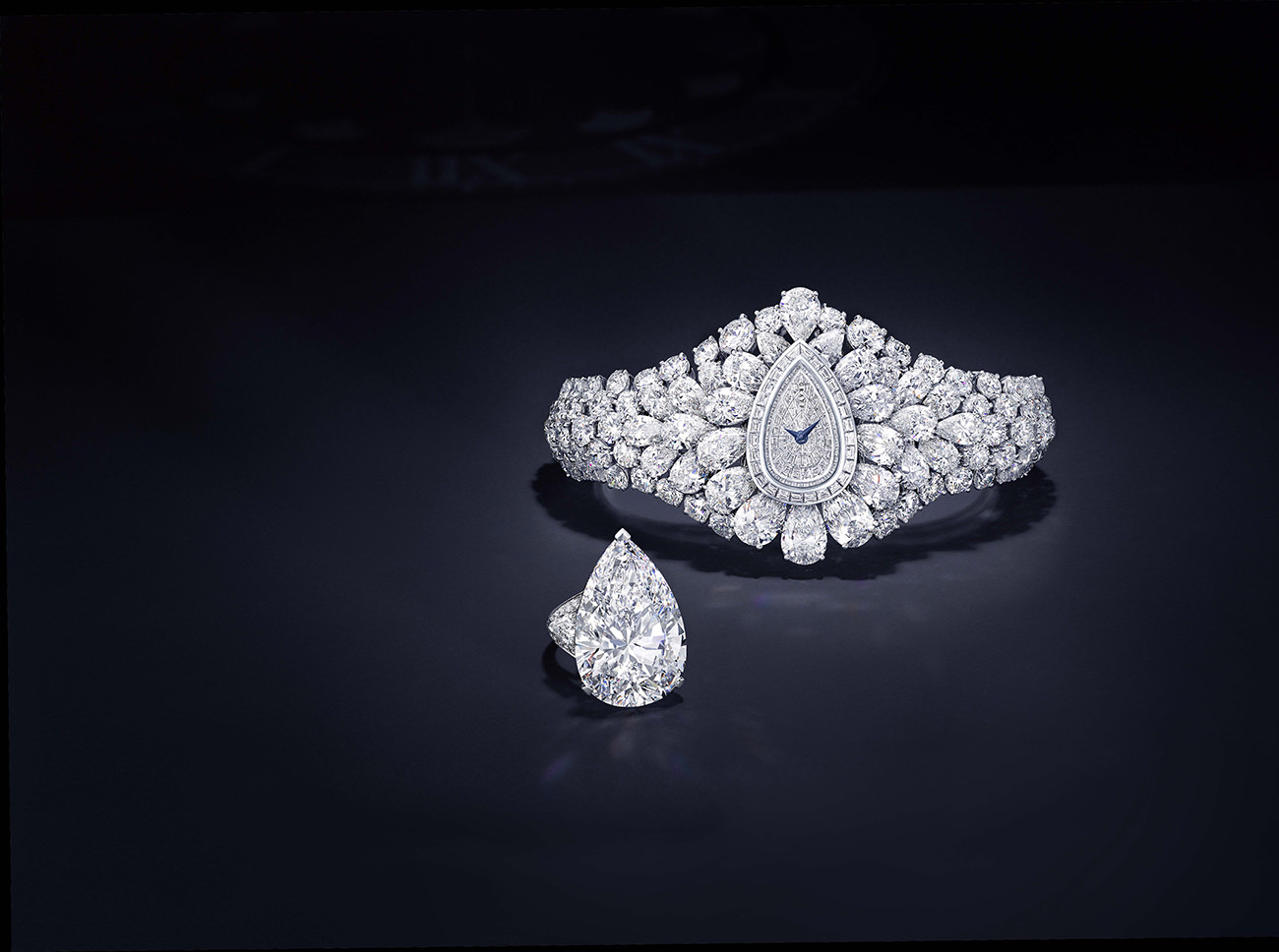 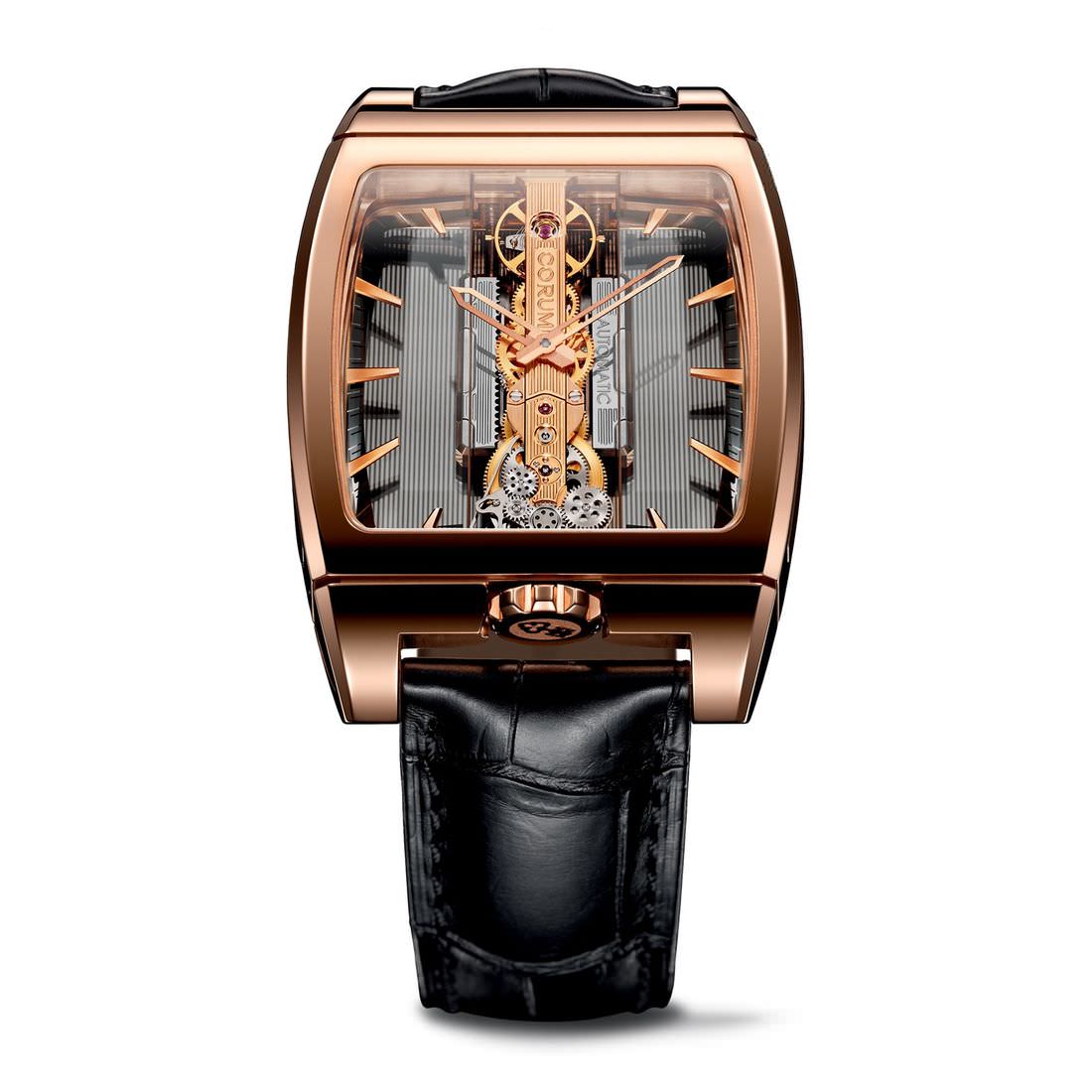 Read More
Corum reissues its famous GoldenBridge. Transparency is still in place but this time, it is ceramic that is…
Read More
0
0
0
0