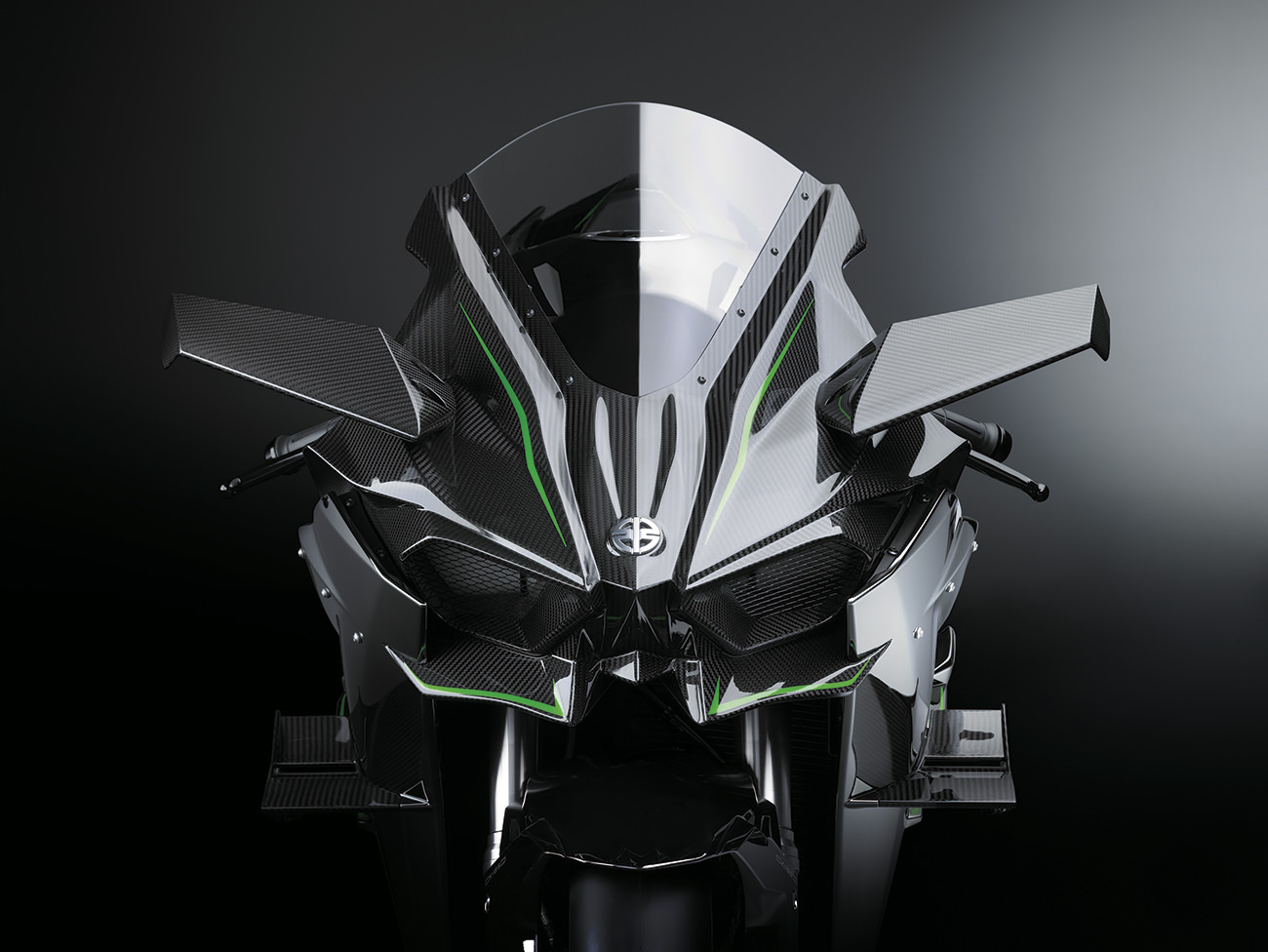 The new ninja H2R by Kawasaki: an engineering marvel

Kawasaki has just released its 11th promo video showing the Ninja H2R. The video shows the 296hp hyperbike, unveiled at Intermot show last week, during testing at Autopolis in Japan.

Kawasaki officially unveiled its much-anticipated 2015 Ninja H2R at Intermot. Although detailed technical info is pretty sparse at this stage, it seems clear that the Ninja H2R was developed to offer the kind of acceleration no rider had experienced before.

Kawasaki felt that having incredible acceleration was a major factor in delivering ultimate riding exhilaration.

Powering the Ninja H2R is a supercharged engine with a design target of 300 PS allied to a compact design on par with power units found in supersport litre-class models. The key to achieving this incredible performance lies in the engine’s supercharger—a motorcycle-specific unit designed completely in-house with technology from other companies within the Kawasaki Heavy Industries (KHI) Group: the Gas Turbine & Machinery Company, Aerospace Company and Corporate Technology Division.

KHI Group technology was not limited to the supercharger. Advanced technological know-how shared from other group companies is found throughout the all-new engine and chassis design. For example, the carbon-fibre upper and lower wings that ensure stability when riding in the ultra-high speed range were designed with assistance from Kawasaki’s Aerospace Company.

This is but one example, and this inter-group collaboration combined with the level of technology poured into this model is the reason the Kawasaki River Mark* is displayed prominently on the front of the Ninja H2R.

Another unique feature on the H2R is the use of a steel trellis frame rather than the now-conventional aluminum twin-spar chassis. Designed using the latest “analysis technology” according to Kawasaki‘s press release, the steel trellis frame uses minimal space in its construction, a key feature with an engine that requires a bit more space like the H2R’s.

When it came time to name this model, using “Ninja”—a name synonymous with Kawasaki performance and shared by many legendary models over three historic decades —was an obvious choice. ” For a model designed to offer “the kind of acceleration no rider has experienced before”, there was no better name.

For the moment, no price was listed for the H2R but Kawasaki stated that the street version producing 200hp (designated the H2) will be unveiled at the EICMA show in Milan in November. 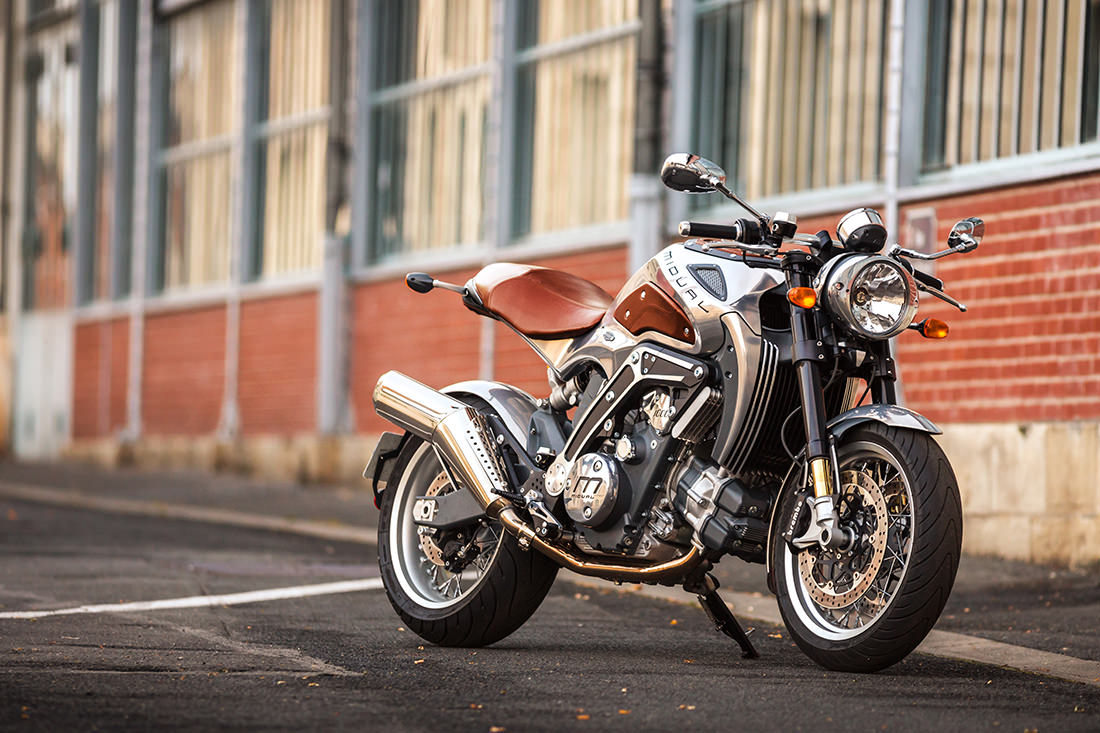 Read More
After its unveiling at Pebble Beach Concours d’Elegance, Midual, the french manufacturer of motorcycles, presented in Europe the…
Read More
0
0
0
0

Read More
CR & S, a manufacturer based in Milan took up the challenge of offering to the motorbike lovers fully…
Read More
0
0
0
0