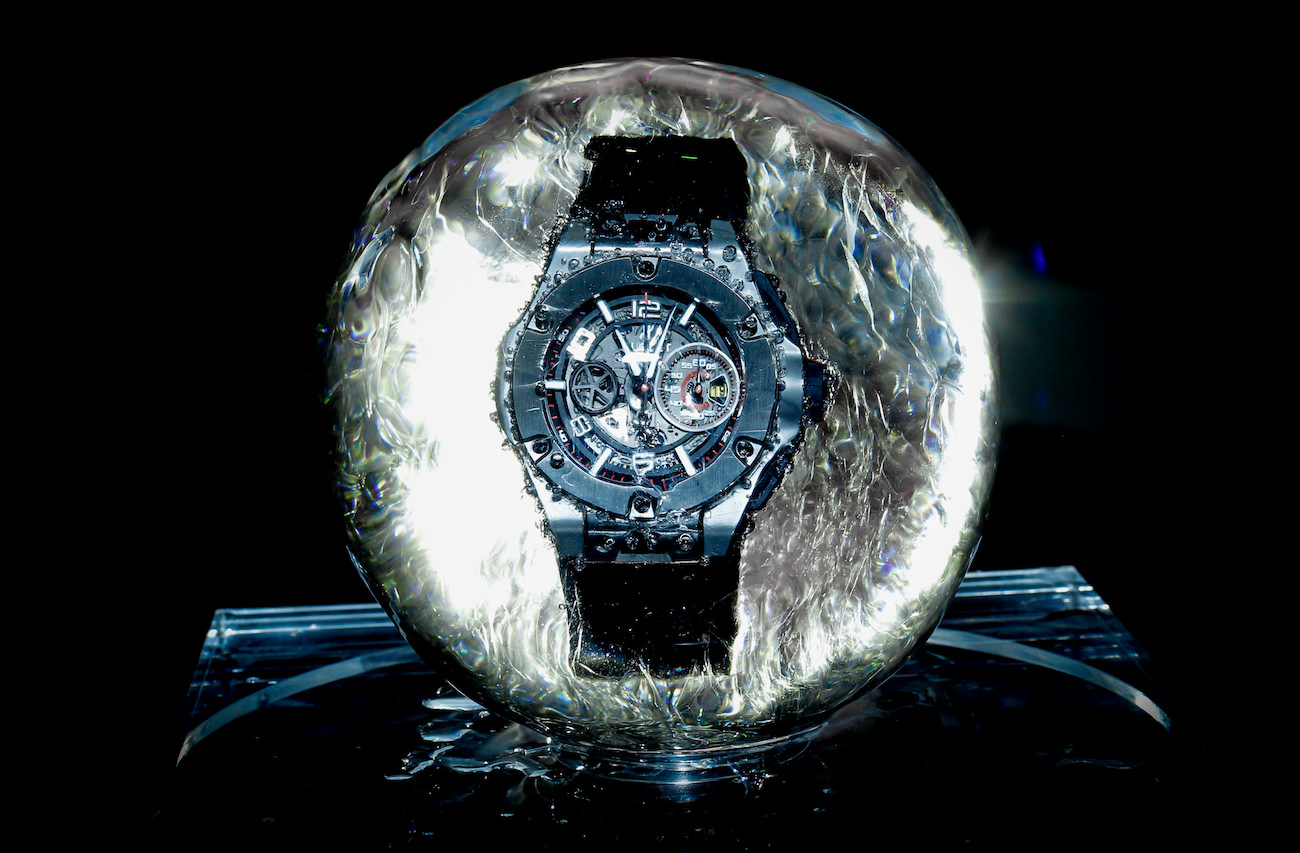 Hublot Big Bang Ferrari: the new exclusive edition designed by two of the most prestigious brands

Since 2011, the association between Hublot and Ferrari has offered exceptional limited editions. This year won’t be an exception with the new Big Bang Ferrari collection, a Big Bang Unico model inspired by LaFerrari’s design.

These three assets perfectly correspond to the two brands, as well as the new Big Bang Ferrari. This watch takes its inspiration in the forms, the colours and the latest elements that compose Ferrari’s recent supercars, from their aesthetic to their performances.

Visually, Big Bang Ferrari reuses the forms of Ferrari’s tachometre through its minute counter located at 3h, but also through the date window that reminds us clearly of the speed dial. At 6h, the famous Ferrari emblem reveals itself and at 9h the seconds counter looks like the supercar’s air inflows. For this limited edition, the hours and minutes hands have had a total makeover and are now easily readable, as well as the numerals those aren’t displayed horizontally anymore. 3D effect guaranteed!

LaFerrari’s forms can also be found through Big Bang Ferrari’s case with its tapered and functional lines, almost aerodynamic! The bezel has new contours and countersunk notches, alike the steering wheels from the Italian brand’s sports car.

Then on Big Bang Ferrari’s crown you can easily observe the red line details, recalling the iconic LaFerrari’s back. It should be hard to realize a more faithful homage! But the watch continues its reminders through its push buttons that reminds us the car’s pedals, while keeping its identity with the Hublot logo delicately located on the crown’s side. Some other homages can be noticed like the ergonomic crown guard that is designed like the TPE set in the middle of the Ferrari dashboard, or the reversed profile that know benefit from the same design as Ferrari. The same 7 letters that proudly reveal themselves on the watch, in a flashing red colour.

Big Bang Ferrari also appears to be as powerful as Ferrari’s vehicles thanks to its exetremely-powerful Unico engine that reveals a power reserve of 72h. It integrates a FlyBack chronograph movement on the dial’s side and its oscillating weight echoes the iconic star spoke design of the Ferrari wheel rims. The movement can also be seen through the sapphire back and dial, all of that mounted on an Alcantara leather strap, the same material used for Ferrari’s cockpits, with the very same red stitches. It is also available in Schedoni Black leather; alike the visually perfect seats from the brand’s sports cars.

To perfectly correspond to its four-wheeled homologue, Big Bang Ferrari had to be as rare as it. Indeed, you will only find 1000 copies of the watch in its titanium version, 500 copies in King Gold and 500 copies in carbon. Read More
With a 25-piece limited edition run of the MB&F HM3 Megawind Final Edition, Max Büsser and his Friends are…
Read More
0
0
0
0 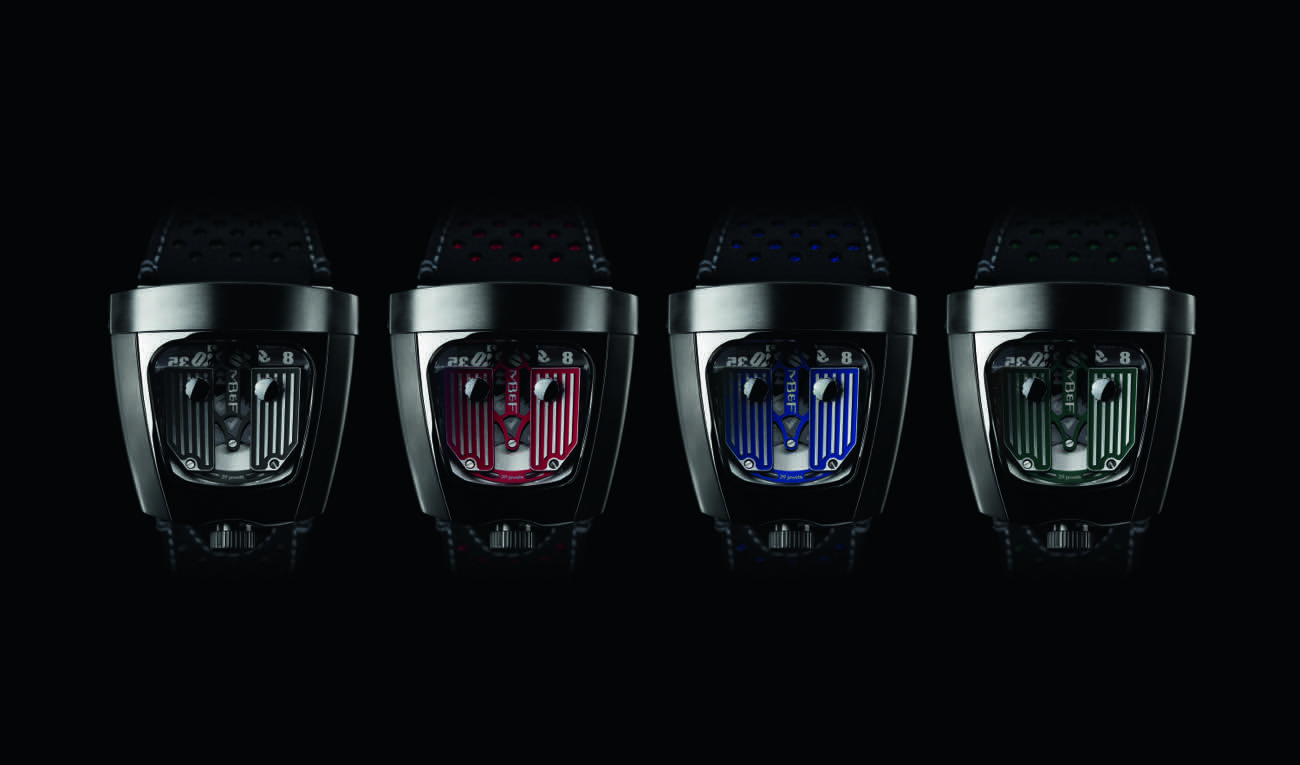 Read More
On the occasion of its 10th anniversary, MB&F the first ever horological concept laboratory launches the HMX Horological…
Read More
0
0
0
0