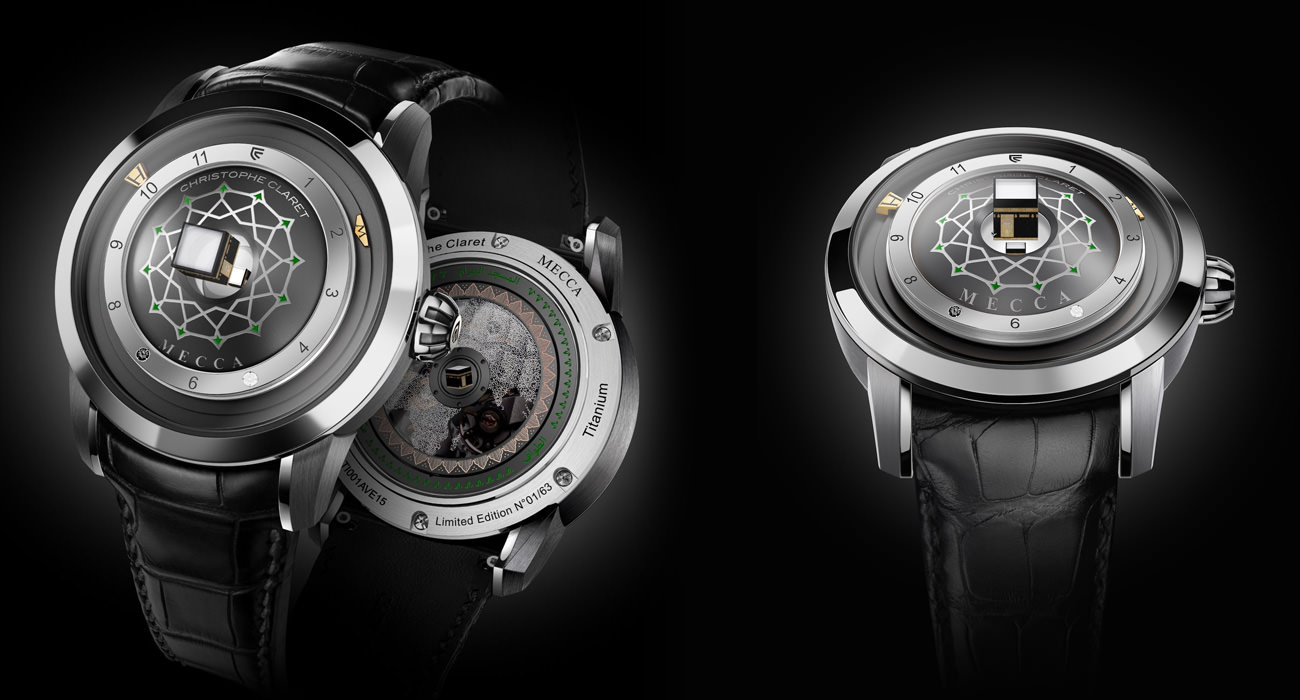 The Mecca by Christophe Claret watch is both a masterpiece and a message of peace paying homage to the Kaaba, an Islamist emblematic monument.

The Mecca By Christophe Claret watch reveals a remarkable technology and rare optical effects. Thanks to a mirascope, a hologram is placed at the heart of the watch and vehicles a message of peace and tolerance.

A mirascope is a unique process composed by two identical parabolic mirrors placed one on top of the other. The one on top has a hole in the middle, and then when you place an object on the bottom mirror, it is reflected and appears two times larger than it actually is. Then the reflection from the top mirrors creates a hologram of the object.

As a result of this process, the Mecca by Christophe Claret watch reveals a 360° view of the Kaaba, a building located at the center of the sacred mosque in the Holy City of the Mecqua. To obtain such a result, two months of research and several prototypes were necessaries, the design of the hours and minutes must have been redraw to guarantee stability and lightness.

The case is titanium or titanium and grey PVD and measures 44mm x 18,4mm and comes on black alligator leather strap. The Christophe Claret Mecca can go up to 30 meters under water.

The Mecca by Christope Claret watch is full of symbols that pay homage to the Muslim religion. Emblematic elements of Islam were dissimulated as the case, which is decorated with an oriental motif, engraved with grey and green, the Islam representative colours.

The Arabic numbers for the hours were replaced at 5 o’clock by a white ceramic stone and at 7h o’clock by a black spinel. The white stone symbolizes the stone evocated in the Holy Koran before it turns black due to repeated touch by the pilgrims and before becoming the black stone located at the corner of the Kaaba, there represented by the spinel.

Finally the back of the watch also represents a transfer depicting the Kaaba. Designed with sapphires, the Mecca by Christophe Claret watch reveals a world map featuring white dots symbolizing Muslims turning around the Kaaba.

Mecca by Christophe Claret is adorned with three symbolic inscriptions: at 12 o’clock “Masjid al-Haram” that means “the Holy Mosque”, at 4 o’clock “Tawaf” that remains the seven days during which the Muslims have to turn around the Kaaba and finally at 8 o’clock “Makkah Al-Mukarramah” that means “The Holy City of Mecca”.

This unique masterpiece will be available for only 63 collectors, 63 to remain the age of Mohammed when he died. 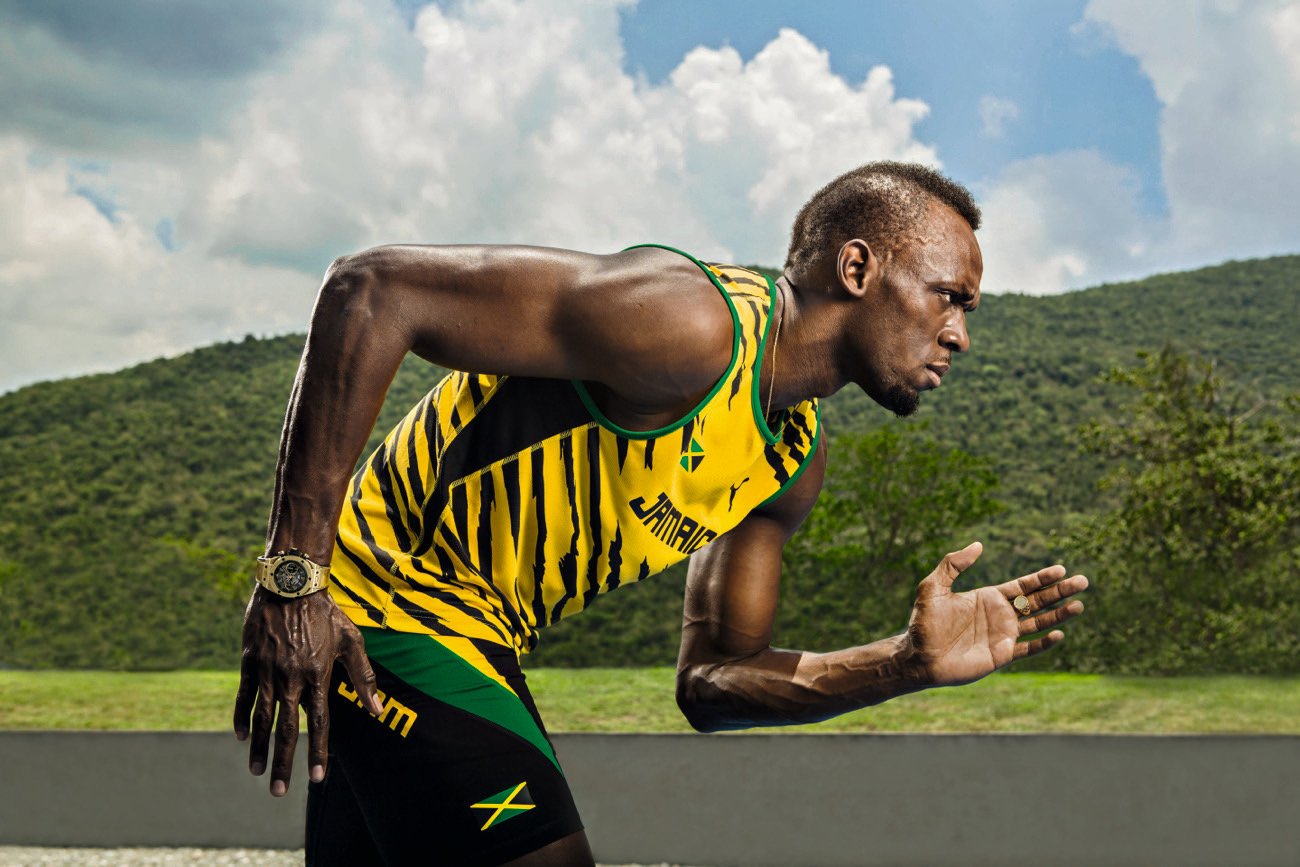 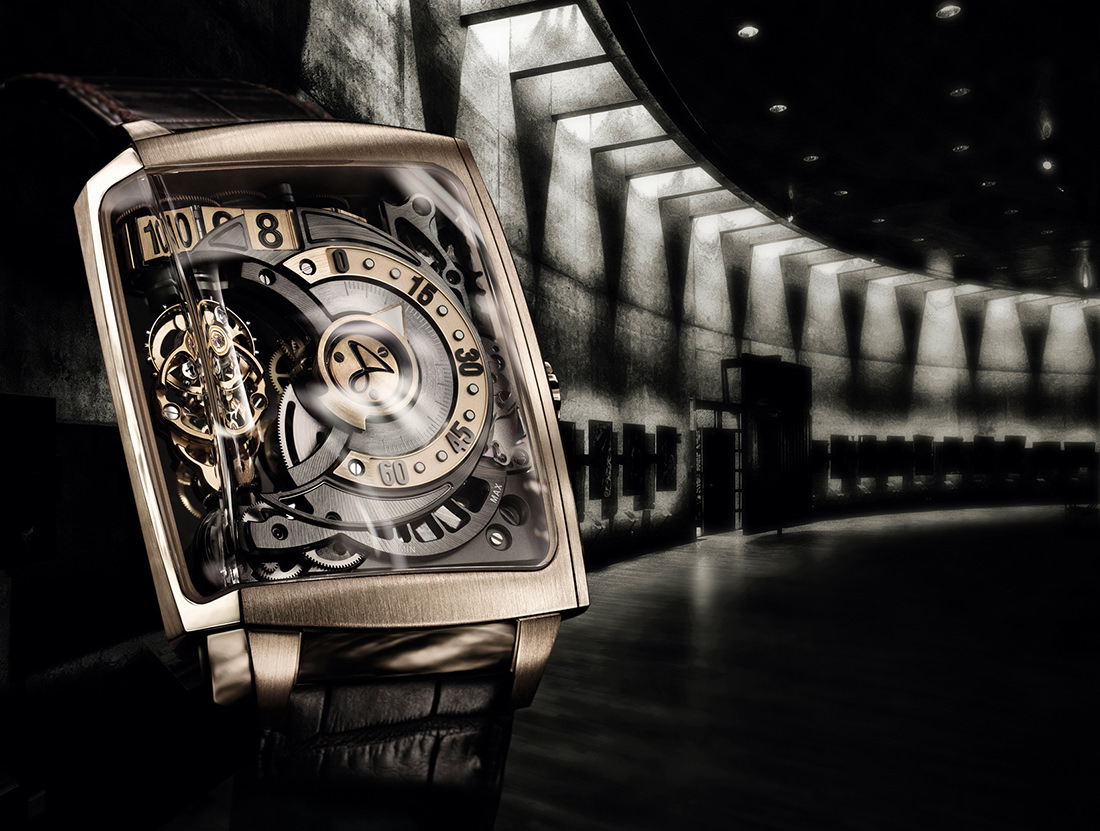 Read More
After 4 years of development, the HL2.0 collection represents the second generation of HAUTLENCE watches. Faithful to the brand’s…
Read More
0
0
0
0