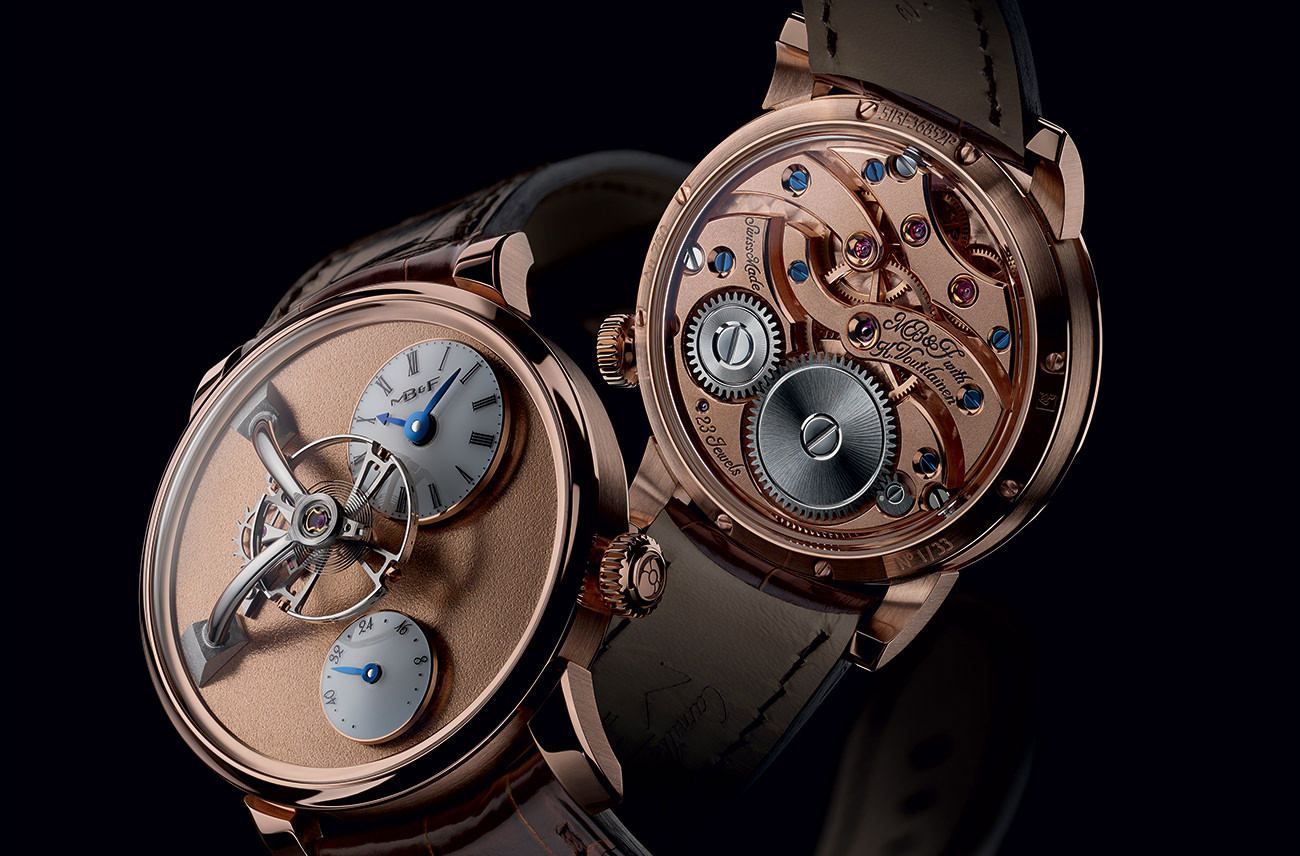 Instead of reinventing the iconic Legacy Machine, MB&F added a sophisticated touch of subtlety to what is already an entrancing and bold design and unveiled the new LM101 Frost Limited Edition.

Frost. Brrrrr! For many, the word “frost” conjures forth images of breath-condensing cold and bright, early-morning winter sunshine scintillating off frost-covered lawns. That natural frost sparkles vivaciously due to light reflecting off the microscopically uneven ice crystals – exactly like the LM101 Frost sparkles due to light reflecting off its microscopically uneven frosted surface.

First presented in 2014, Legacy Machine 101 embodies and accentuates what is essential in a wristwatch: the balance wheel, which is responsible for regulating precision; how much power remains in the mainspring, which indicates when it needs to be next wound; and of course, the time.

With the new ‘Frost’ limited editions, those essential LM101 elements now contrast magnificently against the effervescent backdrop of the frosted gold dial − which paradoxically is not really a dial at all, but the top plate of the movement. Additional contrast is provided by Frost’s highly polished bezel and lugs, which make the matte surface of the frosted dial really pop.

Abraham-Louis Breguet is credited with inventing the “frosted” finish (“finition grenée” in French) in the late 18th and early 19th centuries. At the time, frosting protected dials and movements from oxidation – more common in Breguet’s day – and added subdued vivacity to movement plates.

The cool frosted look provides an exquisite backdrop to compliment the superb mechanism that is the heart of the LM101 Frost.

Visually, LM101 Frost is dominated by the monumental suspended balance wheel, now rhodium plated so that it stands out even more.

LM101 Frost’s highly domed sapphire crystal is virtually invisible, creating the illusion that you can reach out and touch the prodigious balance wheel hanging mesmerisingly from elegant twin arches. The arches are milled from a solid block of metal requiring hours of hand polishing to achieve its mirror-like lustre.

Turning over LM101 Frost, the display back crystal – domed to reduce the thickness of the caseband and, visually, the height of the watch – reveals the exquisitely hand-finished movement. Sensually curved plates and bridges, hand polished bevels, gold chatons and countersunk blued screws pay homage to the style found in historic pocket watches and testify to the respect accorded to historical legitimacy.

While award-winning independent watchmaker Kari Voutilainen took responsibility for the movement’s fine finishing and fidelity to the horological past, its architecture and construction were developed in-house by MB&F. 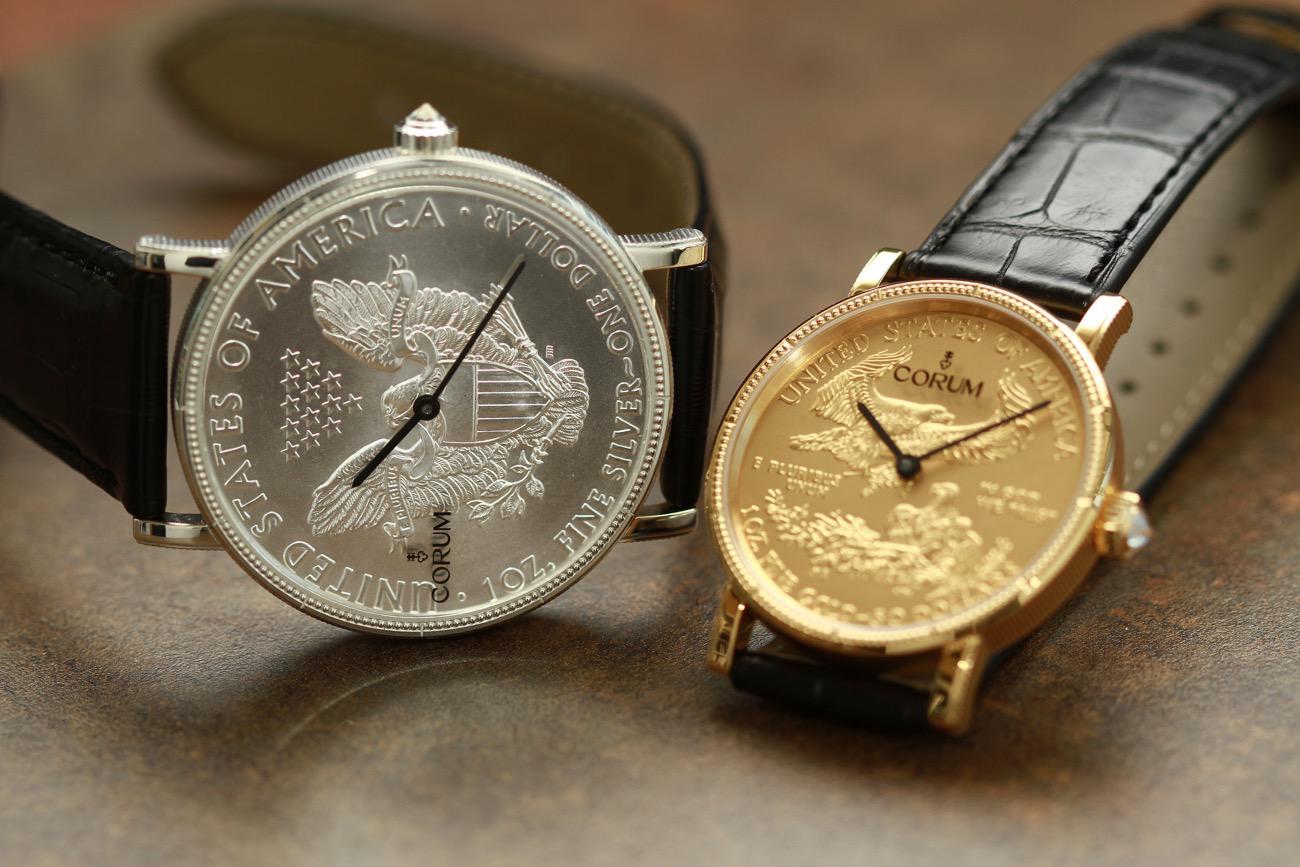 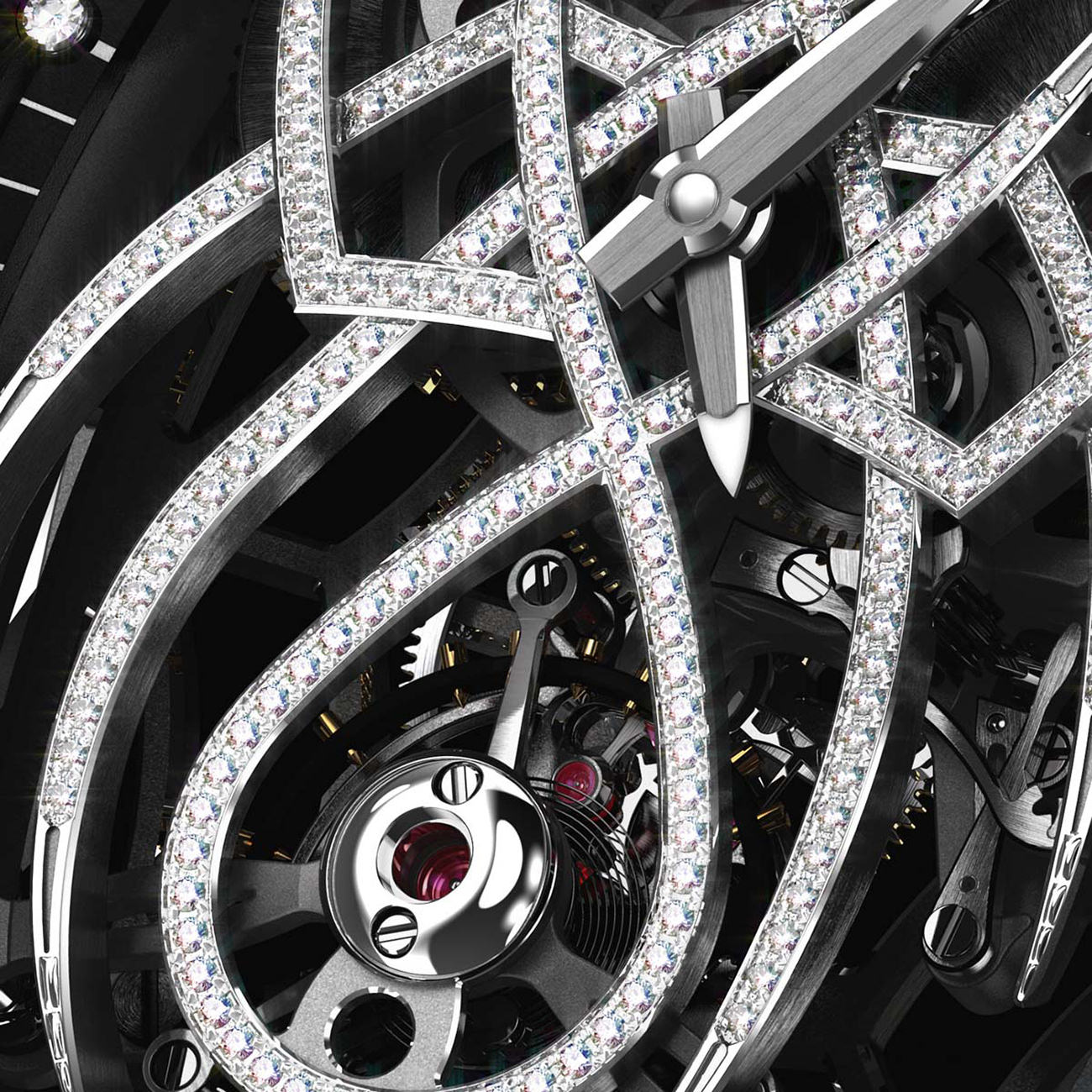